Where Is Hurricane Irma Going Next?

One-time Hurricane Irma was downgraded to a tropical storm Monday morning, though it’s still capable of producing dangerous winds, flooding, and storm surge. Forecasts warn that Irma has a “very large wind field,” with hurricane-force winds up to 60 miles away from the storm’s center.

Irma is currently making its way up the Florida peninsula, according to the National Hurricane Center. Storm surge warnings are in effect along nearly all of Florida’s west coast, as well as along the northern part of its east coast and into Georgia and South Carolina.

Tropical Storm Irma should hit Georgia on Monday afternoon. It will then continue to move through southwestern Georgia and eastern Alabama on Monday evening and continuing into Tuesday. It’s expected to weaken further as it moves across land, becoming a tropical depression by Tuesday afternoon.

Irma made its second landfall in Florida on Sunday afternoon, hitting Marco Island as a Category 3 storm at 3:35 p.m. ET. The storm made its first U.S. landfall in the Florida Keys Sunday morning just after 9 a.m. ET at Cudjoe Key. Before hitting the U.S., Irma ravaged islands across the Caribbean.

The National Hurricane Center is continuing to update its website and Twitter accounts with new Hurricane Irma forecast and location information. 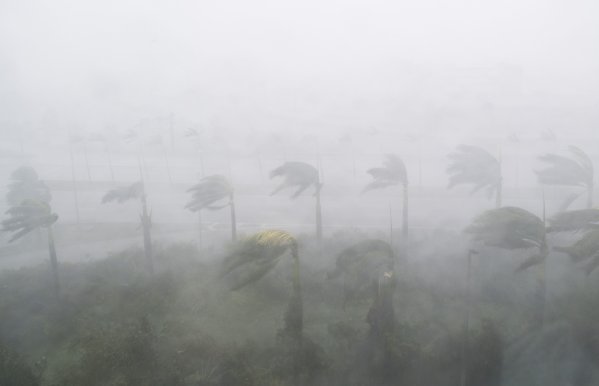 Miami Mother Forced to Deliver Her Own Baby at Home During Hurricane Irma
Next Up: Editor's Pick