A Florida woman was forced to deliver her own baby at home as Hurricane Irma battered the state and kept rescuers from reaching her Sunday, authorities said.

Doctors helped the unidentified woman successfully give birth to a baby girl in Miami by talking her through the delivery process on the phone, according to officials.

“We weren’t able to respond. So she delivered the placenta also,” Assistant Fire Chief Eloy Garcia told the Miami Herald. “Dispatch told her how to tie it off.”

Emergency responders later took the mother and her newborn to a hospital, where both were in stable condition, Miami Mayor Tomás Regalado told the Today show. “She’s doing fine,” Regalado said of the mother.

The woman, who lives in the Little Haiti neighborhood near downtown Miami, called 911 twice early Sunday morning to say she was in labor — first at 3:23 a.m. and again at 5:35 a.m., according to the Washington Post.

Authorities had received 41 calls for help and were only able to respond to three, Regalado said. “We missed one and it was the birth of a baby girl,” he said. 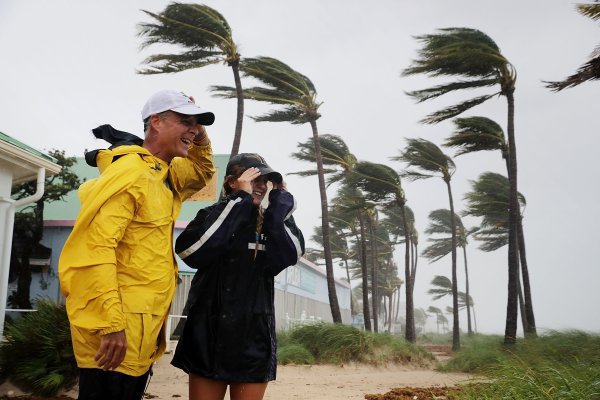