George Clooney walks the red carpet ahead of the 'Suburbicon' screening during the 74th Venice Film Festival at Sala Grande on September 2, 2017 in Venice, Italy.
Photography by Elisabetta A. Villa—WireImage/Getty
By Lisa Marie Segarra

“Steve Bannon is a failed f—ing screenwriter, and if you’ve ever read [his] screenplay, it’s unbelievable. Now, if he’d somehow managed miraculously to get that thing produced, he’d still be in Hollywood, still making movies and licking my a— to get me to do one of his stupid-a— screenplays,” Clooney said, according to Entertainment Weekly.

Entertainment Weekly noted that before Bannon joined right-wing news site Brietbart, he worked in Hollywood as a producer.

Clooney was at the Toronto International Film Festival promoting his new movie Suburbicon.

“I like picking fights,” Clooney said, according to EW. “I like that Breitbart News wants to have my head. I’d be ashamed 10 years from now if those weaselly little putzes, whose voices are getting a lot higher every week as this presidency starts to look worse and worse weren’t still [after me]”

Bannon is scheduled to appear on 60 Minutes, according to Entertainment Weekly. It will be his first televised interview since he left the White House in August. 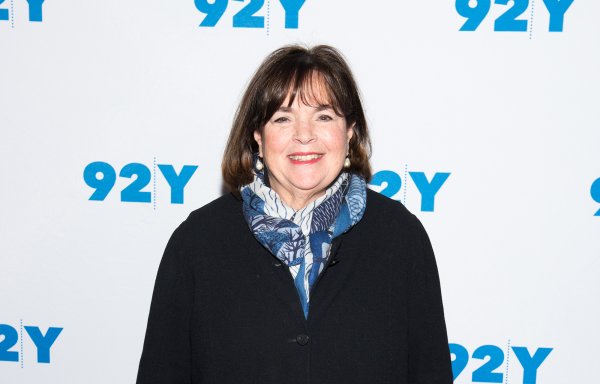 Ina Garten Opens Up About How She and Martha Stewart Differ in the Kitchen
Next Up: Editor's Pick