President Donald Trump‘s seaside resort Mar-a-Lago and the surrounding barrier islands have been ordered to evacuate as the ferocious Hurricane Irma approaches Florida.

Palm Beach County officials ordered that residents of the islands and low-lying areas should start to leave by 10 a.m. on Friday, the Miami Herald reported.

Around 125,000 people are thought to live in the area. All of Florida is under a state of emergency and the Miami-Dade, Broward and Monroe counties have also been ordered to evacuate.

Trump has not commented on the evacuation of the private club, but he did tweet to say that Irma was of “epic proportion” and told his followers to “be safe and get out of its way, if possible.”

An 11-bedroom mansion owned by Trump in St. Martin and the luxury home of Richard Branson on the Virgin Islands have already been destroyed by the now Category 4 storm.

Hurricane Irma has killed at least 14 people as it tore through the Caribbean, including Barbuda and Turks & Caicos, and is expected to arrive in Florida as early as Sunday morning. 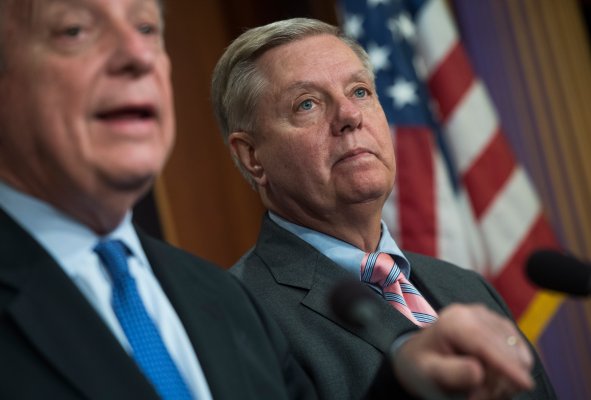 Here Are All the Senators Who Voted 'No' on Hurricane Harvey Relief
Next Up: Editor's Pick