Senators voted 80-17 Thursday in favor of a bill that provides billions of dollars in Hurricane Harvey relief while simultaneously funding the federal government through December.

The measure was part of an unexpected deal struck Wednesday between President Trump and Congressional Democrats to temporarily delay a showdown over the federal government’s borrowing limit.

There was little doubt that the bill, which provides $15.3 billion in recovery assistance, would pass. But the divisions ran along partisan lines — every Democrat that voted on the bill was in favor of it, while the 17 Senators who voted against the bill were all Republicans.

Three other Senators, Florida’s Marco Rubio, Alaska’s Dan Sullivan and New Jersey’s Bob Menendez, who is currently on trial for corruption and bribery, did not vote.

The lawmakers who voted against the bill were by and large not against Harvey relief, but rather opposed to the government-funding provision that would allow the federal government to borrow enough money to avoid breaching the so-called “debt ceiling” for three months.

Should the government exceed that ceiling, it would soon become unable to meet its financial obligations, potentially triggering an economic crisis. Congress periodically raises the debt ceiling, but it has in recent years become a political football for unrelated and often contentious issues.

The Harvey relief measure now heads to the House of Representatives, where it will face opposition on similar grounds. Before the deal was announced, Speaker Paul Ryan called Democrats’ support of a temporary debt ceiling extension “ridiculous.”

“Personally, I think the debt limit and the credit markets, the longer the better for the stability of the credit markets, that’s my strong opinion,” Ryan said Thursday, expressing his desire for a longer-term debt ceiling solution. “But [Trump] was interested in making sure this was a bipartisan moment while we responded to those hurricanes.”

However, the Republican Senators from Texas and Louisiana, the two states hit the hardest by Hurricane Harvey, voted for the bill despite their opposition to the debt ceiling component.

“It is unfortunate that Congressional leadership and the Administration chose to tie Harvey relief to short-term extensions to the [continuing resolution] and the debt ceiling,” Texas Sen. Ted Cruz said in a statement before the vote. “I would have much preferred a clean Harvey relief bill—which would have passed both Houses nearly unanimously.” 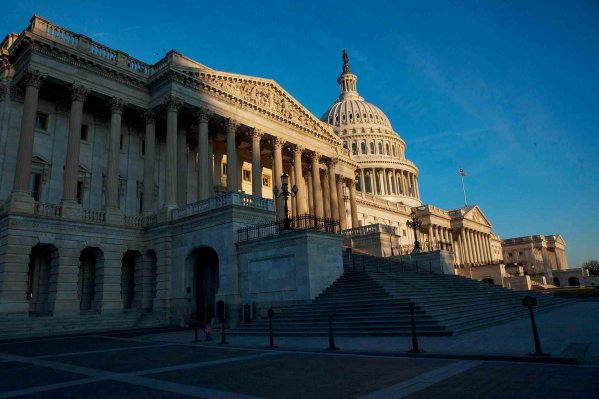 Congress Confronts a Daunting to-Do List
Next Up: Editor's Pick