9 Smart Things You Can Do With an Old iPhone

If your aging iPhone is too old or damaged to trade in for whatever you think it’s worth, here’s some good news: As long as it can still connect to a wireless network—and every iPhone from the original 2007 model to today’s iPhone 7 and iPhone 7 Plus still can—there are plenty of ways to use it that don’t require a cellular data plan.

Here are TIME’s picks for the smartest ways to get the most out of an old Apple smartphone.

You can use your iPhone as a dedicated music player either by streaming songs from a service like Spotify when connected to Wi-Fi, or by downloading tunes straight to the device. This can be handy in any number of scenarios, especially if you want to listen to music without draining your primary phone’s battery, say during a lengthy commute.

A hands-free screen in the kitchen

You don’t need to buy an Amazon Echo or Google Home to retrieve information without reaching for your phone. You can keep your old iPhone mounted in the kitchen, either on a wall or propped up on a shelf, and use the iPhone’s “Hey Siri” feature to summon Apple’s voice-enabled helper hands-free. This can be useful for searching for recipes, setting timers and reminders, or simply answering phone calls when your hands are slathered in cookie dough.

To make sure “Hey Siri” is turned on, open the iPhone’s Settings menu, tap Siri, and select Allow “Hey Siri.” If you have an iPhone 6s or higher, Siri will respond to your requests anytime. But older models must be plugged into power in order for this feature to work.

A remote control for your TV and smart home

The next time your remote control runs out of batteries or gets buried between the couch cushions, reach for your old iPhone instead. Cable providers such as Optimum, Spectrum and Verizon offer apps for the iPhone that make it possible to use the device as a remote control. If you have an Apple TV, you can also use your iPhone as a secondary remote by installing the Apple TV remote app.

And with everyday appliances getting smarter, consider the ways even an older iPhone can interface with devices that aren’t your TV. Try mounting an old iPhone to your living room wall, for instance, to turn it into a central smart home switch, capable of controlling gadgets like Nest’s Learning Thermostat or Philips Hue wireless light bulbs.

A way to entertain the kids

Just because you don’t have any use for your outdated iPhone doesn’t mean your children, niece or nephew won’t. Turn your old iPhone into a kid-friendly handheld gaming device by downloading age-appropriate apps and games. You can prevent kids from Googling unsuitable topics or spending money on apps by setting restrictions on specific apps and services. To do so, open the iPhone’s Settings menu, tap the General button, select Restrictions and tweak away.

Or amuse your pet

Not a joke: the iPhone supports apps designed to entertain your cat or dog. Among the most popular is Cat Fishing 2 by Nestle Purina, a game that beckons cats to chase colorful virtual fish as they swim across the screen. If your cat prefers stalking mice, try the Mouse Hunt app instead, which similarly taunts cats with digital rodents who lure them into a chase. The appropriately-named Games for Dogs app, meanwhile, teases pups with virtual chew toys.

If you’re constantly running out of storage on your current iPhone or just need a device for taking files with you on the go, turn your old iPhone into a portable USB drive. Use an app like File Manager to browse and organize documents and share them between your iPhone and laptop or desktop.

Read more: The iOS 11 Features We’re Most Excited About

A baby monitor or security camera

The camera inside your old iPhone may not be as sharp as the one on newer models, but it can still be useful for keeping tabs on your home and family. Apps such as Manything and Presence allow you to view a live feed of content being recorded via your old iPhone on your new device. Both apps can also send an alert when motion is detected, but require users to pay in order to unlock more premium features. These apps can be very helpful for those who just want basic surveillance, though you’ll want a dedicated security cameras if you need more advanced hardware-based functionality, like night vision.

Your iPhone is a phone above all else, and it’s perfectly capable of functioning as a communication device without a SIM card. Major carriers in the U.S. including Sprint, T-Mobile, Verizon and AT&T support Wi-Fi calling, which can be enabled by launching your iPhone’s Settings menu, tapping the Phone option, and turning it on. Apps such as Skype, Facebook Messenger and WhatsApp also allow users to make calls without a data plan.

If you want to document your next hike or beach trip but worry about damaging your brand new iPhone, use your old one as a spare photo-grabber. The nearly two generations old iPhone 6s, with its 12-megapixel camera and Live Photos feature, is still as good as most point-and-shoot cameras. And if you’re truly worried about image quality, try using an editing app like PicsArt or Snapseed to clean up your photos after shooting. 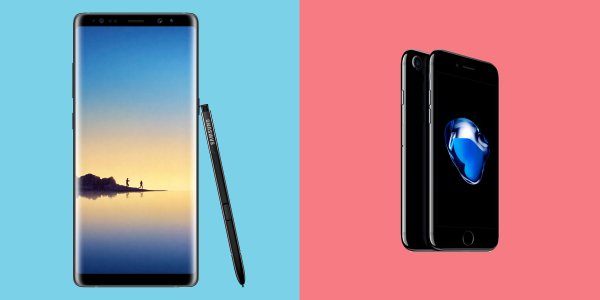