Hurricanes Irma and Harvey have reignited discussions about the link between global warming and extreme weather, with climate scientists now saying they can show the connections between the two phenomena better than ever before.

Scientists’ explanation of how they do that involves a complex discussion of climate models, historical temperature data and probability. But understanding the link really comes down to one figure: the air can hold 7% more water with every degree Celsius that the temperature rises. That figure comes from the Clausius–Clapeyron equation, a widely accepted physical law established centuries ago long before any politicized debate on climate change.

“A warmer ocean makes a warmer atmosphere, a warmer atmosphere can hold more moisture,” says Gabriel Vecchi, a professor of geosciences at Princeton University who studies extreme weather events. “So, all other things equal, the same storm in a warmer planet would give you more rainfall.”

This summer’s hurricane season has been a particularly warm one in the region of the Atlantic where hurricanes form, with sea surface temperatures between 0.5°C (0.9°F) and 1°C (1.8°F) above average, according to data from the National Oceanic and Atmospheric Administration (NOAA).

Those high temperatures mean hurricanes will store more water, which they can eventually dump when they make landfall. Climate scientists blame high temperatures during Hurricane Harvey’s formation and along its path for the more than 50 inches of rain dropped on Houston.

“You fit all the data together and ask what is the likelihood for 100 millimeters, 200 millimeters of precipitation,” said study co-author Sarah Kapnick, a researcher at the NOAA, before the Harvey hit Texas. “As you get to higher and higher values of precipitation it becomes less and less likely without climate change.”

Now, scientists just need to convince the policymakers charged with helping prepare communities for hurricanes that the dangers are only increasing. 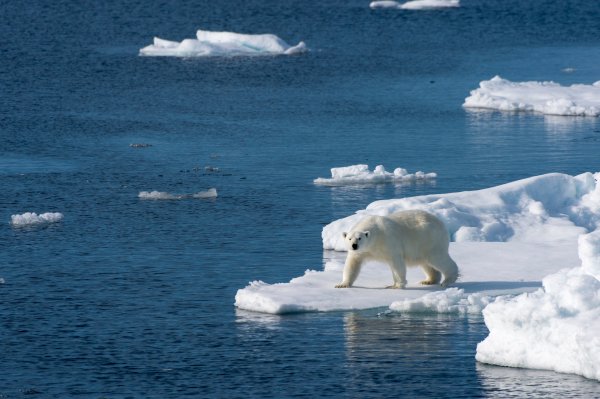 Last Year's Global Temps Were Highest Ever Recorded
Next Up: Editor's Pick