This Is the Meanest Reason to Break Up With Someone

Rejection hurts. But it stings even more when you’re turned down for another person: dumped because your partner found someone better, for example, or passed over for a great job because of a more qualified candidate.

That’s the finding of a new Cornell University study, published in Personality and Social  Psychology Bulletin, that took a close look at two types of rejection. In one type, someone else was chosen instead. In the other, there was no one else; things just didn’t work out for other reasons, like a partner wanting more alone time or a job search being cancelled before the open position was filled.

“Even the luckiest among us will not be chosen for some jobs, dates or friendships that we want,” the authors write in their paper. “And while nobody likes to be rejected, these rejections vary and some feel worse than others.”

MORE: Here’s How To Get Over A Breakup

To study which type of rejection stung the most, the researchers conducted four experiments with about 600 people. In the first, men were assigned to a group with two women who were secretly working with the researchers. One woman was given a puzzle to solve and told she could choose a partner to help her. Sometimes she chose the other woman, while other times she chose to work alone.

The other three experiments tested how people reacted in larger groups, when they recalled times they’d been rejected and when they imagined being rejected in various scenarios.

In every experiment, people said they felt worse when someone else was chosen over them, compared to when no one else was chosen. “This may be because such rejections lead to an increased sense of exclusion and decreased belonging,” the authors write in their paper.

MORE: 10 Highly Successful People on the Times They Got Rejected

When people in the study did not learn why they had been rejected, they tended to assume and react as if they’d been rejected for someone else. Even though it was painful, people who were rejected tended to dig for more information so they could know for sure what went wrong. (They also felt better if they learned they hadn’t been rejected for someone else.) That may be because being passed over for another person introduces a rival into the situation, the authors explain, so it feels like a “double rejection.”

These findings suggest some practical advice to anyone who is faced with making a rejection—romantic, professional or otherwise—but who wants to minimize the bad feelings they might cause.

First, let the person know if there really isn’t someone else, “as it will make the rejectees feel better,” the authors write. If that’s not the case, “references to other parties chosen over the rejectees should be kept to a minimum.” This tip can even be useful during the college application process. Universities may think that telling applicants they weren’t accepted because of the many other qualified candidates will soften the blow, for example—but according to this research, it will do the opposite.

Also, if you can offer some information to increase the rejectee’s sense of belonging, you should do so. A hiring manager can tell a candidate who didn’t get the job that they’re still grateful for having met them, or a woman breaking up with her boyfriend can tell him she still values all of his great qualities.

“There is no way to totally avoid rejection in life,” the authors conclude. But next time you’re passed over when there’s no one else, “we might now at least acknowledge it is the lesser of two evils.” 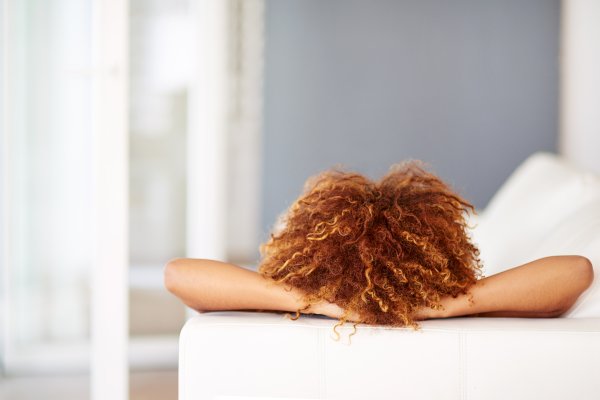 You Asked: How Many Calories Does Sex Burn?
Next Up: Editor's Pick