These Are the Hurricane Irma Evacuation Zones So Far

Officials in several U.S. states that lie in Hurricane Irma’s potential path have issued states of emergency and, in some cases, mandatory evacuation zones.

The Category 4 hurricane, recently downgraded from a Category 5 late Wednesday, has already destroyed communities across the Caribbean and left at least 10 dead. Hurricane Irma spaghetti models — a simple way to share storm data and illustrate its projected path — suggest it will begin affecting southern Florida, including Miami, as early as Sunday.

Here’s a list of the areas that have mandatory evacuation zones as of Friday morning. We have also included resources for finding information in states where evacuations may be announced as Hurricane Irma’s track becomes more clear.

Irma will likely affect Florida most from the southern tip and up along the eastern coast.

Florida Governor Rick Scott declared a state of emergency on Monday. Since then, officials in the following counties have issued evacuations:

The Florida Division of Emergency Management website will update its full list of evacuation orders as more are announced.

Georgia Governor Nathan Deal declared a state of emergency in six counties on Wednesday. The counties have not yet issued mandatory evacuations, but the Emergency Operations Center opened Thursday morning.

Emergency officials said they will continue to monitor the storm as officials decide whether to evacuate residents.

South Carolina Governor Henry McMaster declared a state of emergency Wednesday amid fears the storm could have a serious impact on the state.

Evacuations for South Carolina may be ordered by Friday. Emergency officials recommended that residents familiarize themselves with evacuation zones and routes in the meantime.

Hurricane Irma updates for the state are available here.

North Carolina Governor Roy Cooper declared a state of emergency on Wednesday, when he said that Irma may impact all 100 of the state’s counties. 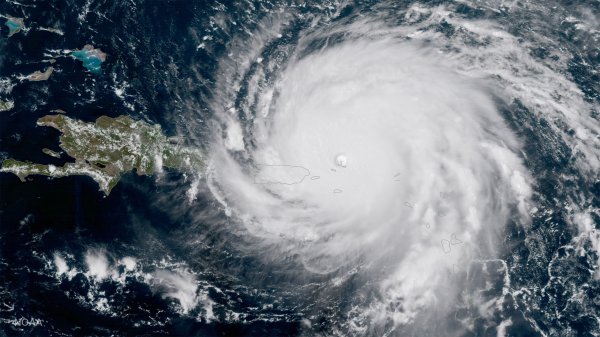 'A Horrendous Situation.' See the Damage Left by Hurricane Irma So Far
Next Up: Editor's Pick