As Television Expands, the Emmys Are Becoming a Battlefield

When the dust settles after this year’s Emmys (airing on Sept. 17 on CBS), what will the story be? After two years of dominating the Best Drama field, Game of Thrones, the most popular and talked-about show in the world, is out of the running. (Its seventh season debuted after the eligibility period ended.) That means a one-year reprieve from the fire-breathing melodrama, with the guarantee that this year’s top honoree will be a first-time winner.

It might be that the influx of new voices and new energy have made the Emmys compelling proof of just how much, and how rapidly, the landscape of TV is evolving. Five of the seven nominees for Best Drama–NBC’s This Is Us, Netflix’s The Crown and Stranger Things, Hulu’s The Handmaid’s Tale and HBO’s Westworld–are being honored for their first seasons.

Or maybe the story of this year’s Emmys is the showdown between new and old methods of watching TV. Among The Crown, House of Cards and Stranger Things–three very different shows–Netflix has three nominations in the Best Drama category, a feat that hasn’t been accomplished since NBC did so in 2001, at the height of its “must-see TV” power. NBC may not be what it was when The West Wing was winning year after year, but it can still pull off a coup: This Is Us is the first broadcast-network show nominated for Best Drama since The Good Wife in 2011. The family drama, a widely admired hit that summons whatever’s left of the monoculture, is up against streaming series like The Handmaid’s Tale and Netflix’s trio of shows, which are designed to appeal to impassioned niche viewership. The past 10 years of winners in this category have been cable series, but the time seems apt for a change. A win by either This Is Us, which would be the first broadcast show to win since 24 in 2006, or one of the four nominated streaming shows, which would be the first winner of its kind ever, would make history. More significantly, it would embolden either the networks or the streaming services.

Whatever happens will still take place in the shadow of Thrones, absent as it is. Shows with surreal, sci-fi elements, like Lost, have triumphed before. But the dominance of Thrones has helped make all kinds of winners from far outside of what looks like conventional awards bait seem possible. Westworld features a cast of androids learning how to rebel against their human masters. Stranger Things sends cute kids on a quest into another dimension. Even The Handmaid’s Tale takes place in a dystopian near future. Elsewhere, Atlanta, the glimmeringly strange FX series, could take the Best Comedy prize away from the more earthbound Veep, and an episode of sci-fi anthology Black Mirror is a likely shot for Best Television Movie. TV is getting odder and more rooted in the genre elements to which fans respond, and the Emmys are following suit.

The most exciting story of the night, though, pertains to roughly half of the viewing audience. Nominees from The Handmaid’s Tale and The Crown to Best Limited Series nominees Fargo, Feud and (especially) Big Little Lies are about the inner lives of women who react to and rebel against the men who so often hold them in place. Various acting categories–like Best Actress in a Limited Series, featuring, among others, Nicole Kidman and Reese Witherspoon from Big Little Lies and Jessica Lange and Susan Sarandon from Feud–feel vastly richer than those of their male counterparts. Even Veep‘s Julia Louis-Dreyfus, the winningest lead actress in Emmys history, doesn’t feel like a lock, facing down robust competition like black-ish‘s Tracee Ellis Ross and Better Things‘ Pamela Adlon. Strong, complicated women feel less like a demographic that Hollywood’s trying to appeal to with a few token representations and more like the creative force behind the best of TV.

That’s the thing about TV in 2017–there’s so much of it that even an attempt to winnow it to a limited number of the very best is futile. In any case, when the Emmys are over, we’ll all go back to watching whatever is in our DVR or streaming queue. The awards narrative will be set and then forgotten, but the story of the astounding volume of TV available will keep unfolding. 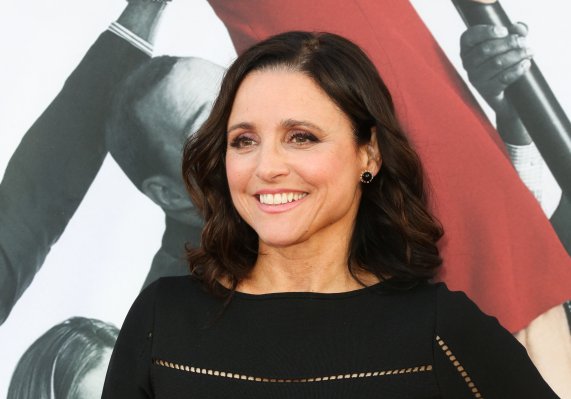 HBO's 'Veep' Will End After Season 7
Next Up: Editor's Pick