Why Esperanza Spalding Is the Most Audacious Innovator in Jazz

Esperanza Spalding performs during the 2017 Jazz in The Gardens at the Hard Rock Stadium in Miami Gardens, March 19, 2017.
Aaron Gilbert—MediaPunch/IPX/AP
By Raisa Bruner

On Sept. 12 at noon E.T., a corner of Facebook will flicker to life, and over the next 77 live-streamed hours, Esperanza Spalding will write and record her next album, Exposure. Guest musicians are likely to drop in, and viewers will be able to chat with the record’s creator during an event that will be the first of its kind. You might call it a stunt–if Spalding weren’t at the helm. The 32-year-old Grammy-winning singer-songwriter and jazz bassist has come to be known as a prodigy’s prodigy for good reason.

How did you come up with this concept?

Two months ago, I felt a strong urge to make and disseminate whatever the hell I actually am. In some ways, this is filled with the hope that this will be cathartic for me as a person and as a creator to dive into an environment where the only thing I can do is just be me. And to let whatever’s coming out at the moment be seen, heard and developed.

Also, I realized I’m best at improvising when there’s no time for me to assess, judge, second-guess or even plan. In my experience, the more time that goes by between inspiration striking and that inspiration being developed and formulated and mixed and refined for public consumption, the further we get from the magic that was in the initial hit of inspiration.

Makes sense. Improvisation has a rich legacy in jazz.

I’ve been spending a lot of time with Wayne Shorter over the past few years, and I see him as my mentor–my guru, so to speak, as a creator. He taught me a lot about the benefits of approaching communication, performance, composition, solos, melodies and lyrics without an agenda. You have to be willing to respond to completely unexpected stimulus. I’ve really taken this philosophy to heart.

Who do you want to listen to this music?

I don’t know! Anybody who would like to listen. I guess that’s part of what we’ll find out: who likes this music.

Seventy-seven hours. What’s the significance of the number seven to you?

First of all, I just like the number and always have. Then I was in this elevator with this reverend at a hotel, and we were going to the seventh floor. He said, “Seven is a divine number. It’s the number of completion. It represents the earthly culmination of a divine thought.” He got off the elevator, and I thought, I love that. The premise of this project is that all the facets of us as creators only need the right environment to coalesce into completeness.

As an artist, do you feel pressure to have a certain political perspective or to stand for something?

No, I don’t. You might hear a few comments that are loud, or you might hear something from your manager or your label, or a statistics report about who listens to you on Spotify. But it’s not possible to get a comprehensive picture of how people perceive you and then keep responding to that. Hopefully, the accumulated sum of my work will speak on its own, despite whatever role I’m perceived as playing.

Which contemporary artists inspire you?

I admire Tune-Yards and Nicholas Payton. I listen to a lot of MF Doom. And Geri Allen. I’ve been listening to her almost every day for many hours, because she recently passed.

You’ve said that music was an important part of your early childhood education, and this year you were appointed a professor of the practice of music at Harvard. What has returning to academia been like?

I love being surrounded by knowledge and that hunger to disseminate it, to absorb it and to apply it. 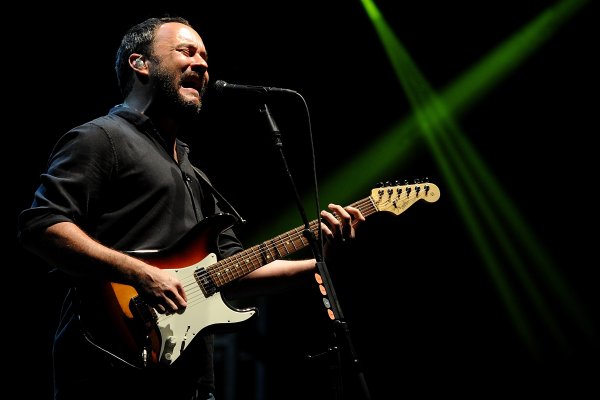