Pixar's Newest Star, Anthony Gonzalez, Can Do It All—And He's 12

Pixar has always understood that kids’ movies aren’t just for kids–as any adult who’s ever tried to keep it together through the beginning of Up or the ending of Inside Out can attest. The storied animation studio’s next film, Coco (Nov. 22), tells the story of a 12-year-old aspiring musician who travels to–and must escape–the Land of the Dead during Día de Muertos, the traditional Mexican holiday. Naturally, the studio cast an unknown 12-year-old aspiring musician to play the character.

How did you first get involved with this movie?

I auditioned, and it was a long process–about a year. Eventually, I went to the Pixar headquarters in Emeryville, Calif., to do scratch [or preliminary test] voices. Then last Christmas, they said they had a present for me and brought me this box. I opened it and there was this beautiful piece of artwork that just said You got the part. I was so shocked, I just fell to the floor. I couldn’t believe it.

You play Miguel, a boy with a magical guitar who meets his long-lost relatives in the afterlife. How did you get into character?

I didn’t really need to get into character because I identify with him. We both love music, we both have a big family.

Coco is deeply influenced by Mexican heritage. Is your family Mexican?

Yes, I have a couple of people in my family who are Mexican.

Are you planning to celebrate Día de Muertos, which takes place at the end of October, this year?

Of course! I’m going to celebrate with my family. We remember those who passed away. The Day of the Dead is a joyful celebration when you can connect with and remember your ancestors.

Will you be thinking of anyone in particular this year?

I did lose my grandfather. He was special. He would tell me jokes, and he’d always be there to support me. I do wish I’d get the chance to see him again, because he was very special to my heart.

I hear you grew up performing mariachi music?

Yeah, it all started with my two sisters. They love singing, so they went to sing in la Placita Olvera [a historic district in downtown Los Angeles]. As time went on, my older brother got into it as well. And then, I’m next.

That sounds very different from your character in the film. His family thinks music is taboo.

The family doesn’t support his singing because of things that happened in the past. He has to keep his passion a secret.

I love all the Toy Story movies. I’m just so shocked and thankful to be part of the Disney/Pixar family, because it’s a big deal!

Isn’t it weird to think your character might become a toy?

I want to have a whole collection of them because it’ll be so amazing to, like, hear my voice in a little toy. They’re going to be doing a guitar, which will motivate me to learn how to play well.

I love pop songs. One that I’ve heard a lot is “Shape of You” by Ed Sheeran. I also love mariachi songs by Alejandro Fernandez and Vicente Fernandez.

You’re about to become a movie star in the eighth grade. That must be a big change. What are your obligations at home like?

Well, of course I have to clean my room and sometimes wash the dishes. And do a lot of other cleaning, because my brothers, they leave a mess. But me too, me too. I have to admit I’m guilty of that too. 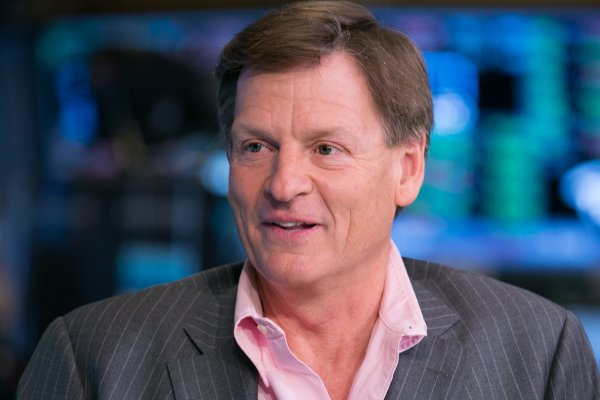 Author Says Hollywood Won't Adapt His Book Because It Has an Asian Lead
Next Up: Editor's Pick