She’s been a mob matriarch (The Sopranos) and a pill pusher (Nurse Jackie). Falco, 54, is no stranger to playing morally complex characters. On NBC’s Law & Order True Crime: The Menendez Murders (Sept. 26), she portrays Leslie Abramson, the controversial defense attorney who represented Lyle and Erik Menendez in the mid-’90s before they were convicted of murdering their parents. Law & Order, which made drama out of thinly veiled tabloid crime, is now embracing true crime without filter.

You played a recurring character on Law & Order from 1993 to 1998. How does the new version differ from the original flavor?

Certainly every actor who works in New York has done a Law & Order, so it’s a very big club that I’m a member of. This one’s a very different animal. They’re putting a lot of time and effort into the story. It’s more like a bunch of movies, frankly.

You haven’t met her, but do you feel a responsibility to Abramson? She’s a real person with a real reputation.

What I have is the script, which was done with a great deal of care. A lot of the words are taken straight from her mouth, from testimony and such. The words are her own. The interpretation is mine, based on what I know about her. I feel a responsibility to the story, and I feel a responsibility to the accuracy of her place in it. It is not going to be an imitation of Leslie Abramson.

But in terms of learning about her, did you watch the old Court TV tapes of the trial?

I sure did. Many, many, many of them. It’s not like I’m doing the story of Michael Jackson where everyone knows what he looked like, the way he moved, the way he sounded. I think it’s more important that people know who she was in this particular case.

Why this story now? What does it say about society?

It’s about larger issues. One is corruption, one is the circumstances in Los Angeles at that time and how they played into the outcome of this case. We are dealing with two men who are still in jail for the rest of their lives. Those are real lives, as were the lives of their parents, whom they killed. There are so many subtleties as far as the punishment fitting the crime that we as a country, as a justice system, don’t look into.

Defense attorneys tend to get a bad rap because people often see those accused of heinous crimes as effectively indefensible.

She did not have to believe in their innocence in order to represent them. That was dictated by law. I think it’s a commendable job–each of these people are human beings. Regardless of what they may or may not have done, they need to be treated like human beings.

True crime is experiencing a renaissance, from the Serial podcast to Making a Murderer on Netflix. Are you a fan of the genre?

For as long as I can remember! I’ve been obsessed with Forensic Files and those sorts of documentary-ish TV shows for years and years. I wonder what it is that makes a good person bad or what goes on in the homes of people you never knew were existing at the same time as you. The secret lives of humans are fascinating. That’s why I have no patience for surface-level depictions of people’s lives.

Why return to TV now?

If this had been a play, it would be a play I’d be doing right now. I’m not making a conscious decision about whether it’s a good time to do TV. I’ve never known what’s a good time to do anything. It’s never something I’ve had my finger on the pulse of. If there’s a good script and good people are involved, that’s where I’m going. 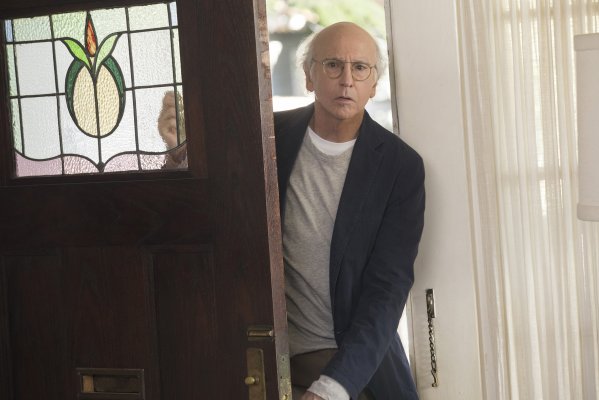 Larry David on Coming Back to Curb Your Enthusiasm and When He'll Walk Away
Next Up: Editor's Pick