Hillary Rodham Clinton’s interview is part of TIME Firsts, a multimedia project featuring 46 groundbreaking women. Watch the rest of the videos at Time.com/Firsts. Buy the book at the TIME Shop.

Hillary Clinton doesn’t want her defeat in the 2016 presidential election to discourage other women from running for office.

“Because even though we didn’t win, we made the sight of a woman nominee more familiar and we brought the possibility of a woman president closer,” she said in a candid interview for TIME’s multimedia project, “Firsts,” featuring 46 groundbreaking women. “We brought into the mainstream the thought of a woman leader for our country—and that’s a big deal.”

Clinton reiterated her belief that unprecedented external factors — including Comey’s announcement in the days before the election that the FBI would reopen its investigation into her private email server and alleged Russian interference — ultimately contributed to her defeat by President Donald Trump. She argued that American democracy will suffer if we don’t work to prevent foreign interference in future elections.

“Every day that goes by we seem to learn more about the interference and the profound impact of that on the outcome. And that should terrify every American,” she said. “I don’t care if you’re Republican or Democratic or what your independent leanings might be, what party you might belong to, we cannot tolerate being manipulated by a foreign power, especially one that is so bent on destabilizing democracy as Russia and its current leadership is.”

The former Secretary of State added that she fears the Trump Administration will make it more difficult for women to succeed. “We have to guard against backsliding, especially with this administration—turning the clock back on women’s roles in everything from business and politics to the military,” she said. “We also have to just recognize that we still have work to do to change attitudes.”

One of those attitudes, Clinton said, is the pressure society places on women — and not men — to be perfect.

“It should not be an impossible task for more women to achieve their own goals, but we face what is a pernicious double standard that is aided and abetted by the idea of perfectionism,” she said. “Yes, you have to be good, you have to be competitive, but don’t let it paralyze you… Don’t give in to those who are constantly demanding more and more of you when frankly they don’t demand the same of your male counterparts.” 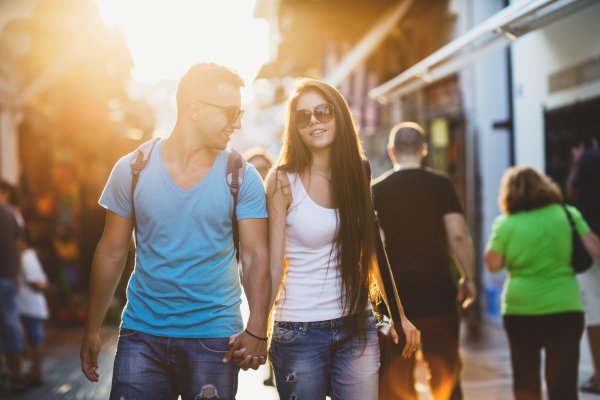 A Guy Read 50 Years Worth of Relationship Studies. He Came Up With 17 Strategies
Next Up: Editor's Pick