As Florida readies itself for Hurricane Irma, the most powerful storm recorded in the Atlantic Ocean, which hit the Caribbean on Wednesday, one sheriff has warned sex offenders against going to shelters.

Polk County Sheriff Grady Judd said in a series of tweets on Wednesday that sex offenders seeking refuge at hurricane shelters will be turned away and that those who have a warrant will be taken to jail. Irma will likely hit Florida, which is under a state of emergency, this weekend.

“If you go to a shelter for #Irma and you have a warrant, we’ll gladly escort you to the safe and secure shelter called the Polk County Jail,” he wrote. Judd also encouraged sex offenders with a warrant to turn themselves in to jail, again calling prison a “secure shelter.”

Judd defended his decision as people online lobbied criticism: “We cannot and we will not have innocent children in a shelter with sexual offenders & predators.” 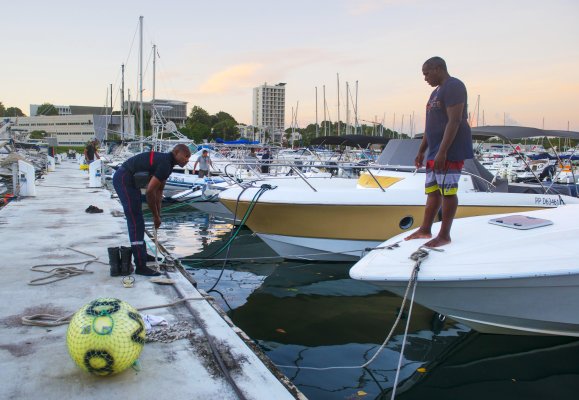 Hurricane Irma's Path and Forecast
Next Up: Editor's Pick