12 Hours In, This Is What Worries Me Most About Destiny 2

Consider an OSHA-verboten waterslide along whose curves some twisted soul has bored holes from which creatures periodically pop out. Your job is to whack as many as possible while gliding past at the speed of a waterboard propelled by a firehose. But the creatures have scalpel teeth, or space guns or bodies that explode like bags of ammonia-soaked fertilizer. Except you have hands like Twin Peaks‘ Freddie Sykes, whose green-gloved fist can punch supernatural spirits out of existence. Those creatures don’t stand a chance.

This is how Destiny 2 is panning out for me so far: like rampaging through Doom stuck in god mode, or a room full of balloons with a nail gun. Bungie’s online shooter sequel for the PlayStation 4 and Xbox One surpasses its predecessor in other vital ways, but sets the difficulty bar lower for reasons I can’t fathom. Cathartic as that can feel when you’re in a sanguinary groove, this is a problem if you care about the story-driven tribulations on the way to hitting the game’s level cap, after which Destiny 2 ostensibly becomes a different game altogether.

At this point I can’t help but focus on those formative hours. It’s the choke point through which all players must pass to unlock the endgame’s presumably better (and more broadly challenging) angels. If Destiny‘s future-fantasy story was a breezy gallop through deceptively panoramic vistas distilled to wide-laned highways along which platoons of monsters emerged like dutiful if dimwitted friction points, Destiny 2‘s is that meets shooting—or in my case punching—exotic fish in a barrel. I’ve vaporized some 1,966 extraterrestrials so far, roughly half of those with my Hunter Arcstrider’s superhuman roundhouse.

My worry a dozen hours in as I approach the level 20 cap is that I’ve broken something. I wasn’t trying to. I didn’t grind my way to imbalance. I swear all I did outside of following the story and a handful of side-quests was play a few public events, picking off foes in the same slaughter pens the last game trotted out like clockwork. There’s now a clock you can follow, by the way. Events appear with helpful countdown-to-start timers in the game’s new Director view, an in-game area map Destiny should have included, but didn’t. This is a good thing.

But somehow my “power” level has been consistently 1.5 to twice the game’s recommended minimum for tackling each activity. Power is Destiny 2‘s way of averaging the offensive and defensive capabilities of all your equipped gear, from auto rifles and rocket launchers to gauntlets and cloaks. It’s a number the game sets next to every “campaign” or optional “adventure” so you can tell if you’re in for a drubbing. It’s literally Destiny‘s “light” index by another name, the design team using a narrative contrivance (a bunch of surly Martians have cut the so-called good guys off from their luminous power source) to make the same old concept dummy-proof.

Destiny dealt with overpowered players by offering higher difficulty levels per a given activity. The upshot of beating something on “hard” was better loot. That’s apparently been removed in favor of fixed difficulty levels in Destiny 2. And if I’m missing something, like that the game is quietly, dynamically upscaling enemy difficulty to offset unbalanced players like me, I can say that it’s doing so badly.

The kicker is that Destiny 2 makes all kinds of other smart improvements to areas that badly needed them. It adds area maps with fast travel points, eliminating Destiny‘s pointless slogs to and from orbit. As noted above it makes public events easy to find and timetable. It smartly categorizes weapons by damage type instead of placing them in generic “primary-special-heavy” silos. It lets you mod armor and weaponry, adding a tinkering gloss to the loot chase. It gives you more inventory space and cleans up the interface in general. It does away with Sparrows (Destiny‘s quick-travel hoverbike) so that you can’t help but stop and smell the roses. Okay, that last one’s maybe a misstep, but it’s almost offset by the new fast travel option. (And you can still get a Sparrow once you hit level 20.)

But those improvements don’t allay my worries about the way the game plays during its crucial “getting to know you” beats. All the streamlining in the world won’t make golf more interesting if you’re magically gifted Jack Nicklaus’s abilities, then forced to play with handicaps. Yes, there’s something fleetingly satisfying about executing power fantasies that let you sprint around the room face-punching everything (including multi-shielded bosses) with impunity. But there’s something lost when success and lavish rewards flow this fast and freely. I’m all for games not being Skinner boxes, a criticism leveled at the original Destiny. This feels like maybe a partial reaction to that. But it also feels like the pendulum’s swung too far the other way.

Destiny‘s player-versus-player arena (still called the Crucible) is where I’m routinely handed my lunch, so don’t mistake any of the above for snobbishness or bragging. I’m an okay competitive Destiny player but hardly a great one. What I’m saying is that I’m operating off the assumption that the game’s praiseworthy gameplay, the new strikes and raids and time I’ll spend mastering new modes like “survival” and “countdown,” are just down the road. But if the only counter to gripes about Destiny 2 being too easy is the cliché “the game doesn’t start until you finish the story,” isn’t it worth asking why, if Bungie really wants these experiences to be judged as multiplayer-focused team shooters a la Overwatch, it doesn’t just make them that from the start? 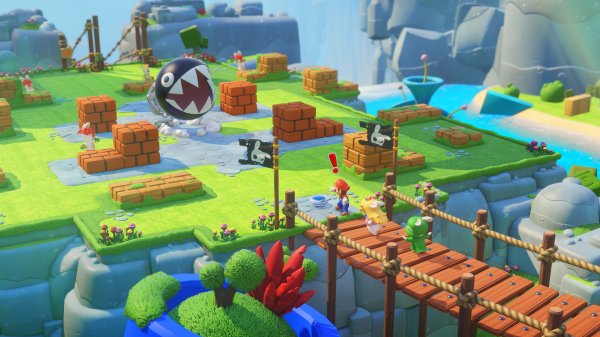