Stroke Deaths Are Rising In Some Parts of America

Every year, nearly 800,000 Americans have a stroke, and more than 140,000 die from it. Stroke is the fifth leading cause of death in the U.S. and one of the primary causes of serious disability among Americans.

The number of Americans who die from stroke has been dropping since the 1960s, but a recent report from the U.S. Centers for Disease Control and Prevention (CDC) reveals that progress is stalling—possibly due to still-high rates of obesity and hypertension.

The decline in stroke death rates have slowed, stalled or even reversed in 38 states from 2000 through 2015, found the CDC, which used data from the U.S. Census and the U.S. National Vital Statistics System from 2000 to 2015. “This is an important wake-up call,” said CDC Director Dr. Brenda Fitzgerald during a press conference. “The majority of strokes we see are avoidable, and we know how to prevent them.” About 80% of strokes are preventable through behaviors like healthy eating and not smoking, according to the CDC.

Although the overall death rate from strokes has declined 38% from 2000 to 2015—which is good news—experts say the rate of decline is slowing down substantially and reversing for some groups. “It’s clear we have work to do to reduce this burden,” said Fitzgerald. The researchers found that the likelihood a person dies from stroke differs by race; Black Americans are the most likely to die from stroke. Deaths from stroke also increased 6% a year among Hispanics from 2013 to 2015.

MORE: Woman Can Move Again After a Breakthrough Stroke Treatment

The researchers do not give a definite reason for the slowed or reversing progress. But they point out that high blood pressure, obesity and diabetes rates are high, and all of these factors can increase a person’s risk for stroke. Currently, more than a third of U.S. adults have obesity, and a third have high blood pressure.

“This report shows it’s time to increase our efforts,” said Fitzgerald. “We can not afford to be complacent when so many deaths can be prevented.” 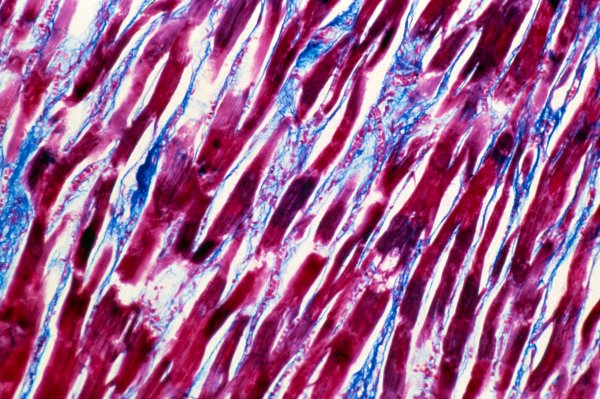 A New Drug Lowers Risk of Heart Attack and Cancer
Next Up: Editor's Pick