President Trump Said Hurricane Irma Is 'Not Good.' Here's What Else He's Called That

President Trump said that Hurricane Irma will be “not good.”

In a meeting with congressional leaders at the White House, the President used one of his most common verbal tics to describe one of the strongest storms ever recorded in the Atlantic.

“We have a lot to discuss, including the fact that there is a new and seems to be record-breaking hurricane heading right toward Florida and Puerto Rico and other places,” he told reporters. “We’ll see what happens. We’ll know in a very short period of time. But it looks like it could be something that will be not good. Believe me, not good.”

Here’s a list of other things Trump has said were “not good.”

A car plant going to Mexico

“All of a sudden, at the last moment, this big car manufacturer, foreign, announces they’re not going to Tennessee, they’re going to spend their billion dollars in Mexico instead. Not good.”

The state of the U.S. nuclear program

A Russian spy vessel off the U.S. coast

QUESTION: You mentioned the vessel — the spy vessel off the coast of the United States.

QUESTION: In your campaign you said Angela Merkel’s policy on Syrian refugees was insane. Do you still think so?

TRUMP: I think it’s not good.

An international climate fund in the Paris agreement

“The green fund would likely obligate the United States to commit potentially tens of billions of dollars of which the United States has already handed over $1 billion. Nobody else is even close. Most of them haven’t even paid anything — including funds raided out of America’s budget for the war against terrorism. That’s where they came. Believe me, they didn’t come from me. They came just before I came into office. Not good.”

“You know, I go to Washington and I see all these politicians, and I see the swamp, and it’s not a good place. In fact, today, I said we ought to change it from the word “swamp” to the word “cesspool” or perhaps to the word “sewer.” … But it’s not good. Not good.”

During a visit to the National Museum of African American History and Culture, Trump was overheard looking at a stone auction block saying: “Boy, that is just not good. That is not good.” 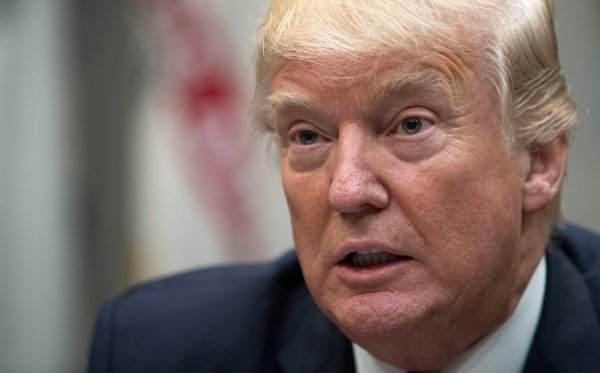