Writing Graphic Sex Scenes Can Be a Feminist Act

Why is there explicit sex in my new book? Because I’m a feminist.

Under A Pole Star, my third book, is a novel about late 19th century arctic explorers that features, alongside ice, ambition and rivalry, more than one sexual relationship. And there’s a lot of detail. My central characters fall in love, and yes, they have a lot of sex. I was nervous about how the passages would be received. One Amazon reviewer has already complained about “copious quantities of copulation.” The specter of the Literary Review’s Bad Sex Award, given annually to authors of “poorly written, perfunctory or redundant passages of sexual description in modern fiction,” hovers over us all, tittering. Some judge writing explicitly about sex to be less than literary — or worse, discrediting of female characters. But why should achieving romantic and sexual satisfaction — one of the most difficult challenges we face as humans — be redacted or blurred?

There’s a problem with leaving “it” up to the reader’s imagination: Every reader will fill your tasteful ellipsis with something different — possibly with unachievable fantasy, with prejudices, with bad experience, with pornography. I wasn’t going to do that to my characters. I felt I owed it to readers to treat the characters’ intimacy with the same precision and seriousness I would any other intense human experience.

I’ve read too much bad sex in otherwise good books: bizarre, metaphorical sex; coy, breathless sex; baffling, what-just-happened-there sex; most of all, phallocentric, male-experience-dominated sex. Too often, in sex scenes between a man and a woman, the woman’s sensations are barely mentioned, as if her experience is incomprehensible or irrelevant. It’s important to ask why this is — and the fact that a lot of those writers are male is not a satisfactory answer. We don’t put enough value on female pleasure in our culture. The way we write about sex only exacerbates that problem.

There’s so much ignorance, confusion and frustration out there. Delving into sex forums online, I was shocked by the prevalence of questions from women like, “How do I know if I’m having an orgasm?” The fact that so much confusion prevails is no surprise: studies have found that more men orgasm more frequently than women and 40% of women have sexual dysfunction, which can make it difficult to achieve climax. One study found that 80% of women fake orgasms.

The more I read, the more I realized how important it would be for me to write my scenes in steamy, awkward, mutual and real graphic detail. I wanted to write about a sexual relationship in a way that convinced me and reflected what I know to be true about female sexuality — that it’s complicated, beautiful and worth equal attention. So I included accounts of great sex, horrible sex, indifferent sex, sex that just doesn’t work despite both partners’ best intentions — and I showed how and why they were different.

I wanted to create a story that honored the sexual biographies of both partners from both points of view, that showed how they reach the point where they come together and why their relationship is the way it is. And while we’re on the subject of coming together, simultaneous orgasm was one myth I encountered over and over again in my research that was never going to get an outing here.

When my friends began to read my book and wanted to talk about it, I learned things I’d never known about them, and I became more forthright in turn. We tumbled through a flood of questions. Why had we never talked about our sexual pleasure in explicit detail before? Why did we not achieve good, orgasmic sex until our mid-twenties, or later? Why were we too ignorant, too embarrassed to ask? Why did we expect so little in bed?

One reason, we all agreed, was that we’d had to learn about good sex through trial and error, because that behavior wasn’t modeled for us in a healthy, explicit way.

We need to be able to talk, teach, learn, write and read about sex, honestly and seriously, without — or in spite of — derision and censure. Unless we share specifics, we’ll never understand one another’s experiences. You can’t support women’s empowerment without frank and open discussion of their sexuality.

Stef Penney is the author of the forthcoming novel Under a Pole Star. Her first book, The Tenderness of Wolves, won the Costa Prize for Book of the Year, Theakston’s Crime Novel of the Year, and was translated into thirty languages. 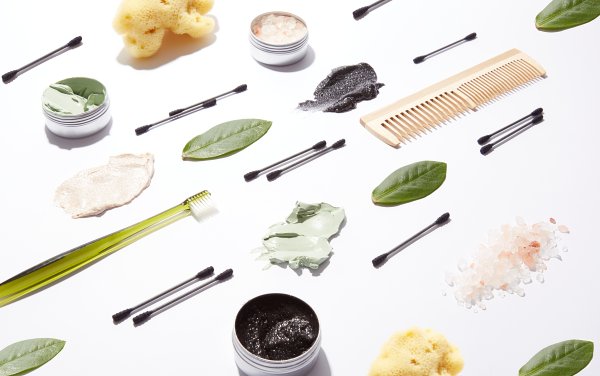 How to Make Your Beauty Regimen Cleaner in 7 Days
Next Up: Editor's Pick