Why Teenage Brains Are So Hard to Understand

The following story is excerpted from TIME’s special edition, The Science of Childhood, which is available in stores, at the TIME Shop and at Amazon.

When Frances Jensen’s eldest son, Andrew, reached high school, he underwent a transformation. Frances’s calm, predictable child changed his hair color from brown to black and started wearing bolder clothing. It felt as if he turned into an angst-filled teenager overnight. Jensen, now the chair of the neurology department at the Perelman School of Medicine at the University of Pennsylvania, wondered what happened and whether Andrew’s younger brother would undergo the same metamorphosis. So she decided to use her skills as a neuroscientist to explore what was happening under the hood. “I realized I had an experiment going on in my own home,” says Jensen, author of The Teenage Brain.

That was about 10 years ago, when society at large was only beginning to catch up to the idea that the teen brain was not a fully developed adult brain, just with less mileage. For generations, the overarching thinking was that the brain had reached its full growth by the time a child reached puberty. But thanks to the research of people like Jensen and many others, beginning in the 1990s, it’s become clear that the teenage brain is some- thing much more complex—and special.

Doctors, parents and teachers have long held preconceived notions about why teenagers act so reckless and emotional, and many of these explanations have turned out to be incorrect. It was once believed that teens were impulsive due to raging hormones and that they were difficult because they hated authority. But advances in brain imaging, which gathered force in the 2000s, told a much more complicated story. It turns out the teenage brain is nowhere near fully baked and that the brain’s structure and its effects on development continue into a person’s 20s.

Advanced brain imaging has revealed that the teenage brain has lots of plasticity, which means it can change, adapt and respond to its environment. The brain does not grow by getting substantially larger during the teenage years but rather through increased connectivity between brain regions. This growth in connectivity presents itself as white matter in the brain, which comes from a fatty substance called myelin. As the brain develops, myelin wraps itself around nerve cells’ axons—long, thin tendrils that extend from the cell and transmit information—like insulation on an electrical wire. Myelination, the scientific name for this process, strengthens and accelerates the communication between brain regions and underlies a person’s basic learning abilities.

The myelination process starts from the back of the brain and works its way to the front. That means the prefrontal cortex, the area of the brain involved in decision-making, planning and self-control, is the last part to mature. It’s not that teens don’t have frontal- lobe capabilities but rather that their signals are not getting to the back of the brain fast enough to regulate their emotions. It’s why risk-taking and impulsive behavior are more common among teens and young adults. “This is why peer pressure rules at this time of life,” says Jensen. “It’s why my teenage boys would come home without their textbook and realize at 8 p.m. that they have a test the next day. They don’t have the fully developed capacity to think ahead at this time.”

Although the development of the prefrontal cortex is the last step on the development checklist, teenagers undergo major changes in their limbic system—the area of the brain that controls emotions—at the onset of puberty, which is typically around the ages of 10 to 12. Doctors now believe that this mismatch in development of the impulse-control part of the brain and the hormone- and emotion-fueled part of the brain is what causes the risk-taking behaviors that are so common among teenagers. “The prefrontal cortex communicates with the brain’s emotional centers through intricate connections,” says B.J. Casey, the director of the Fundamentals of the Adolescent Brain Lab at Yale University. “In adults, these connections have been strengthening with experience and maturation, but during adolescence, the connections are not fully developed, so it’s more difficult for a teenager to shut off these emotional systems.”

This new understanding of the biology that underlies these behaviors can be helpful to both teenagers and their parents. Jensen and Casey stress the importance of setting examples of appropriate emotional responses and helping young people navigate difficult situations that are increasingly common among teens and adolescents. Whereas in the past, bullying was primarily reserved for the playground, today teens have access to technologies and social media that can make it easier to spread sinister information. Virtual interactions can be harder for parents or teachers to control, but there is an immense opening to help teens navigate the fallout. “As parents, we often want to protect our kids from failure or any emotional pain,” says Casey. “But opportunities for learning from such experiences in the context of a loving and supportive family are key to helping the adolescent develop and use this ability as an adult.”

Studies in recent years have also suggested that mental abilities like IQ are not set in stone. A 2011 study published in the journal Nature measured the IQs of 33 teenagers—19 boys and 14 girls—in 2004, when they were 12 to 16 years old. The researchers then retested them in 2008 when they were 15 to 20 years old. The study authors discovered that IQ changed over time, improving for some people and deteriorating for others. Although members of the medical community often debate what an IQ test really measures, there is agreement that a person’s score has implications for their learning and ability to perform tasks. “These changes are real, and they are reflected in the brain,” Cathy Price, a neuroscientist at University College London, told Science magazine when the findings were released. “People’s attitude is to decide early on that this is a clever kid and this is not a clever kid—but this suggests you can’t make that assessment in the teenage years.”

MORE: Parents Don’t Get How Negative They Seem to Their Teenagers

The realization that IQ can change underlines the importance of measuring mental engagement during the high school years—and cutting late bloomers some slack. The plasticity of the teenage brain means that it’s never too late to get kids involved in learning. Afterschool activities, exercise and meditation can benefit brain circuitry. “Opportunities to find oneself and daring to meet challenges in science, education, within communities and among peers can have profound effects on our young people,” says Casey.

The teen brain’s rapidly growing connections carry some negative side effects. About 70% of mental illnesses, including anxiety, mood and eating disorders, and psychosis, appear in the teen years and early adulthood. The timing makes sense, since the prefrontal cortex and frontal lobes are implicated in the emergence of diseases like depression and schizophrenia. Risks for health issues like addiction are also higher during this time period. “Addiction is simply a form of learning,” says Jensen. “Addiction is repeated stimulation of the reward circuit in the brain, which is more mature than the frontal lobe at that point. The biology of teens’ brains [makes them] more susceptible to the effects of substances and stress.” Although the effects of cannabis use on the brain in adulthood are hotly debated, Jensen says research suggests that daily, chronic use during teenage years can interfere with development by having a sedative effect on the brain that can impair learning and memory.

MORE: How to Talk to Your Kids about Taking Risks

Even with those risks, there’s plenty that communities can do to set up teenagers and adolescents for success, including finding ways for them to de-stress and sleep. In the past few years, there’s been a movement among local school districts to push back school start times, amid growing research that shows teens have a natural tendency to sleep in. When teens enter puberty, they undergo what’s referred to as a sleep-phase delay. Teenagers’ internal biological clocks shift forward, and they start having trouble falling asleep before 11 p.m. and waking up before 8 a.m. Research has linked lack of sleep among adolescents and teens to higher rates of chronic diseases like obesity and Type 2 diabetes, more caffeine use, poor impulse control, lower levels of motivation, impaired attention and memory, and more. The new science has led groups like the American Academy of Pediatrics to push for high schools to delay their start times so that students get more sleep each night.

“There’s new knowledge that the wiring of emotional centers to the frontal lobes of the brain continues well into adolescence, and we can see that a lot of that wiring is taking place during sleep,” says Mary Carskadon, a professor of psychiatry and human behavior at Brown University. “Emerging science suggests sleep may play an even more important role than we thought in terms of brain development.”

Despite the knowledge that sleep is critical for healthy brains, in the U.S., more than 4 in 5 middle and high schools begin at or before 8:30 a.m. Still, “it feels like we are reaching a tipping point, where sleep is now being conveyed as a serious and urgent public health matter,” says Carskadon.

What’s become increasingly clear is that the dramatic changes in brain biology mean the teenage years are full of opportunity and vulnerability, says Jay Giedd, a professor of psychiatry at the University of California, San Diego, who has been studying brain changes among twins for years. “It’s a time of phenomenal leaps in our creativity and cognitive abilities,” he says. “This seeming paradox of adolescence is not a coincidence. Both the leaps in ability and the vulnerabilities to illness are related to the human adolescent brain’s remarkable ability to change.”

Teaching young people about the complexities of their brains can go a long way. Jensen says she often receives thank-you notes from students after speaking about her research at high schools. “Teenagers are looking to understand themselves,” she says. “It’s great to have some explanations about why you did that stupid thing in front of your friends. I think talking about this gives them more insight.”

There may be no way to prevent the uncertainty that comes from being a teenager, but there are ways to take advantage of those critical years. For Jensen, she developed go-to advice for her own sons and their peers: “Mind your brain now, and it will mind you later.” 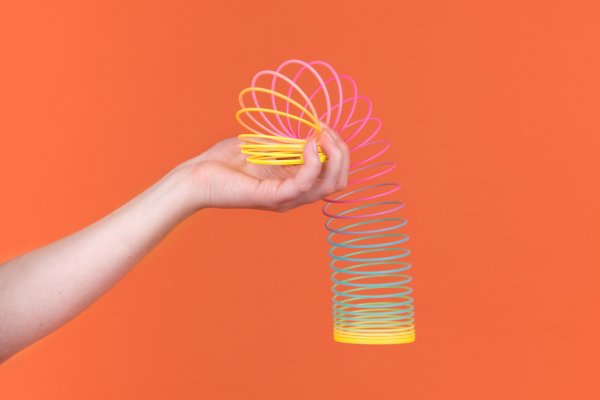 The Secret Power of Play
Next Up: Editor's Pick