Tropical Storm Jose Could Hit As Another Hurricane Right After Irma

The historically powerful Hurricane Irma made landfall in the Caribbean Wednesday, threatening lives and property there while it approaches the Florida coast.

But even while residents in the Caribbean and southeastern United States brace for Irma, another storm has appeared in its wake. Tropical Storm Jose is gathering strength in the Atlantic and could become a hurricane following a similar track to that of Irma.

Here’s what to know about Tropical Storm Jose behind Hurricane Irma.

Jose is expected to become a hurricane

Tropical Storm Jose is expected to become a hurricane by Wednesday night, the National Hurricane Center said in its latest advisory. The storm’s maximum sustained winds have already reached nearly 60 miles per hour.

“Additional steady strengthening seems likely during the next few days since Jose is expected to remain in favorable environmental conditions,” the center said early Wednesday morning, adding that there is a 28% chance of “Jose rapidly intensifying during the next 24 hours.” The storm could reach “major hurricane strength” in 72 hours, forecasters said.

Jose is currently far from land

As of Wednesday morning, the storm was far from land in the Atlantic Ocean, more than 1,200 miles east of the Lesser Antilles — a group of islands that includes popular tourism destinations like Aruba, Barbados and the Virgin Islands.

The storm is currently moving west at a speed of 13 miles per hour.

There are no warnings for Jose in effect yet

The National Hurricane Center advised the Leeward Islands, a group of islands in the Lesser Antilles, to monitor the storm. But there are not yet any coastal watches or warnings in effect for this storm. Current forecasts show Jose’s center staying generally north and northeast of Puerto Rico and the Dominican Republican, but that might change as the storm develops.

The Lesser Antilles are currently in the path of Irma, which has become a “potentially catastrophic” Category 5 hurricane. 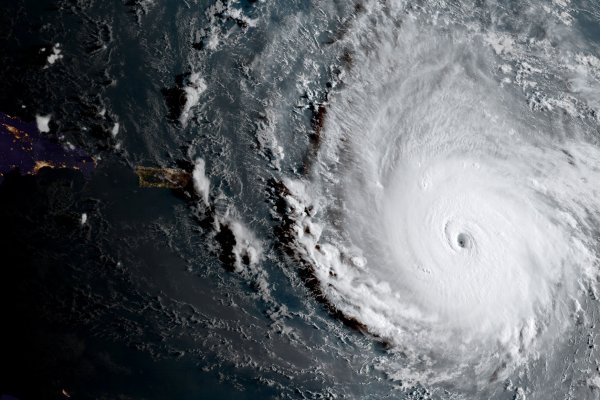 See What it's Like to Fly Inside Hurricane Irma
Next Up: Editor's Pick