They Helped Their Neighbors After Harvey. Now Their Immigration Status is at Risk

In the aftermath of Hurricane Harvey, Karla Perez and Oscar Hernandez set up phone hotlines and dispatched volunteers with trucks to help people in flooded areas. Sisters Karen and Paola Ramirez made food for their stranded neighbors and ripped up rotting floorboards, then went to the George R. Brown Convention Center to help elderly people move their belongings. Omar Perez did three overnight shifts there, volunteering to stack and unstack cots for thousands of newly homeless Americans.

All of them are Houston residents, and all of them are beneficiaries of the Deferred Action for Childhood Arrivals (DACA) program, an Obama-era executive action that shields from deportation some young undocumented immigrants brought to the U.S. illegally as children. In the wake of the storm, these young undocumented immigrants, known as Dreamers, have thrown themselves into the efforts to aid neighbors stricken by the flooding.

But even as Dreamers volunteer for cleanup duty, their status as members of the community has been newly imperiled. On Sept. 5, President Donald Trump’s administration announced that it would rescind the DACA program that allows nearly 800,000 young people—including 124,000 in Texas, the most of any state other than California—to stay and work in the country legally.

This group includes Jesus Contreras, a paramedic who worked as a first responder for six days straight after the hurricane. And it includes Alonso Guillen, who drowned in the flood waters while on a rescue mission.

“There have been a lot of undocumented youth who are just asking, ‘How do I help? Who do I help? How can I support them?’” says 29-year old Oscar Hernandez, a DACA recipient and community organizer with the immigration-advocacy group United We Dream. Hernandez says he dispatched at least 50 undocumented youth to volunteer at shelters around Houston in the aftermath of the storm, while dozens more volunteered as drivers in flooded zones. At one point, Houston immigration activists cancelled a rally planned for Friday and urged protesters to volunteer with relief efforts instead.

Omar Perez, a 27-year old Houston Community College employee who was brought to Houston from Mexico when he was 10, says he volunteered to stay up all night at the convention center because he knew organizers already had enough volunteers for the morning and afternoon shifts. He spent three nights lifting equipment and translating for displaced people who didn’t speak English. “I just decided to do the overnight. I felt that that’s where they needed it the most,” he says. After that he continued volunteering with a local church.

Perez and other DACA recipients were quick to help residents of a state that has sought to impose tough illegal-immigration restrictions. Texas Attorney General Ken Paxton was among 10 attorneys general who threatened to sue the federal government if the Trump administration did not rescind the Obama-era program by Sept. 5. And Texas Governor Greg Abbott signed the state’s controversial SB4 law, which targets sanctuary cities and gives local police the authority ask about immigration status when they arrest or detain people. (A federal judge has temporarily blocked the law from going into effect.)

Still, the Dreamers who volunteered in the aftermath of Harvey are unfazed at the idea that they may be helping people who want them to go back to where they came from. “Honestly, that’s besides the point,” says Omar Perez. “At the end of the day we’re all human beings. I don’t care what you believe in.”

As rumors swirled ahead of Trump’s announcement, the Ramirez sisters said they were not worried. They would continue hosting their neighbors, delivering food, and volunteering where they could. “These are our people,” Paola says. “We live with them, we go to school with them. This is when they need us the most.” 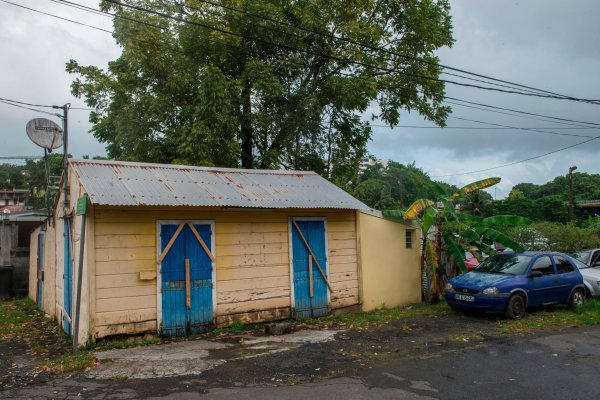 Meteorologists Worry about Hurricane Heading to South Florida
Next Up: Editor's Pick