Can Congress Spare the Dreamers?

President Trump made clear on Tuesday that he’s put the fate of the Dreamers in Congress’ hands.

Shortly before Attorney General Jeff Sessions officially announced that the Deferred Action for Childhood Arrivals program would end in six months, Trump tweeted that solving the problem would be up to lawmakers.

In a subsequent statement, Trump noted that “the legislative branch, not the executive branch, writes these laws,” and that his intention is not “to just cut DACA off, but rather provide a window of opportunity for Congress to finally act.”

The question now is: Can Congress act in time? There are nearly 800,000 young immigrants who have benefited from DACA since President Obama inaugurated the policy in 2012; if no viable replacement comes through, they face deportation.

Lawmakers already face a packed schedule: They have just over 10 working days before the end of the month to keep the government funded and raise the debt ceiling. That’s not to mention tax reform, aid for Hurricane Harvey victims and routine housekeeping like reauthorization of the Federal Aviation Administration and the Children’s Health Insurance Program.

Allowing Dreamers to avoid deportation has bipartisan support on Capitol Hill, however.

In a statement released Tuesday, Speaker of the House Paul Ryan dismissed Obama’s implementation of DACA as “a clear abuse of executive authority, an attempt to create law out of thin air,” but called for a “permanent legislative solution” that allows the young individuals who benefited from DACA to “still contribute as a valued part of this great country.”

“The DREAM Act is ready and would pass today if Republicans would allow a vote,” Drew Hammill, deputy chief of staff for House Minority Leader Nancy Pelosi, told TIME. “Our focus is on trying to achieve a bipartisan outcome.”

On the Senate side, Republican Sen. Lindsey Graham and Democratic Sen. Dick Durbin held a joint press conference to promote their bill to give DACA beneficiaries and other immigrants permanent resident status and allow them to eventually earn U.S. citizenship, while Republican Sens. Jeff Flake and John McCain have already spoken out against ending the DACA program.

“This is a moment of great concern, great fear, and great anxiety,” Durbin said. “We are now in a countdown to deportation. It is time for us in Congress to do the right thing.”

Some version of the DREAM Act has existed in some form since 2001 but has never made it through Congress. Its critics claim it incentivizes greater levels of illegal immigration. The bill last came up for a vote in 2010, when it passed in the House but failed to earn the necessary 60 votes in the Senate.

Graham alluded to that history — as well as Congress’ recent trouble passing a health care bill — at the press conference, speaking directly to Dreamers.

“The only thing that stands between you and the certainty in your life is the Congress,” he said. “That cannot be that reassuring. The Congress is going to have to up its game.” 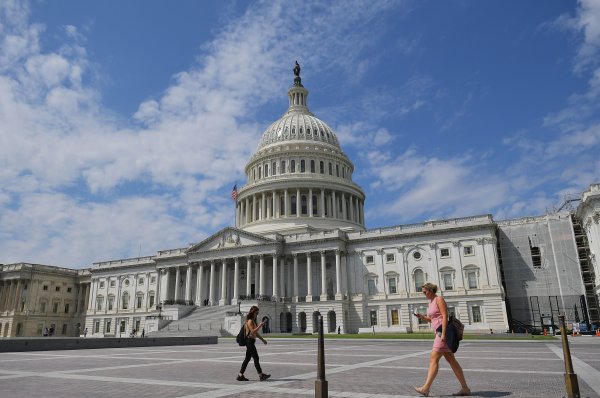 Hurricane Harvey Could Save Congress From Itself
Next Up: Editor's Pick