Here's How the Trump Administration Will End the DACA Program

The White House hinted for days that it would end the Deferred Action for Childhood Arrivals program, but on Tuesday it began to sketch out exactly how that will work.

Speaking at the Department of Justice, Attorney General Jeff Sessions said that he because he does not believe DACA would have been able to withstand a pending legal challenge from a group of Republican attorneys general, he recommended that the Department of Homeland Security take steps to phase it out.

“To have a lawful system of immigration that serves the national interest, we cannot admit everyone who would like to come here,” he said.

Here’s an outline of those steps and what it all means for so-called Dreamers:

More information can be found at DHS, which has provided answers to some frequently asked questions about the Trump Administration’s decision. 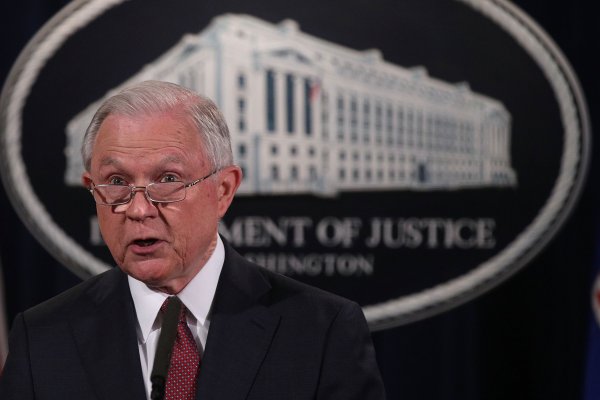 Read a Transcript of Jeff Sessions Remarks on Ending the DACA Program
Next Up: Editor's Pick