While Texas and Louisiana are still reeling from the effects of Hurricane Harvey, another heavy storm may be on its way to the United States: Hurricane Irma.

The current path of Hurricane Irma goes across Antigua, the Virgin and Caribbean Islands before possibly turning toward the Dominican Republic, Cuba, and southern Florida later this week. Gov. Rick Scott (R-Fla.) has already declared a state of emergency for the Sunshine State, posting on Twitter Tuesday that President Donald Trump has offered full government resources. Scott said he activated 100 National Guard members, plus another 7,000 available for Friday morning, as well.

Here’s what else we know about Hurricane Irma’s potential landfall in the U.S.

How big is Hurricane Irma?

Irma is an “extremely dangerous” Category 5 hurricane, with winds now reaching up to 185 miles per hour—a tie for the second strongest Atlantic hurricane on record, according to AccuWeather. It is currently over the Atlantic, around 270 miles east of Antigua and Barbuda, and it is heading west across the Caribbean at an average speed of around 14 miles per hour.

The storm is on track to pass Antigua and Barbuda, St. Kitts and Nevis and Anguilla late Tuesday or early Wednesday, and then pass over the Leeward Islands — a group of islands in the West Indies, east of Puerto Rico — early Wednesday. It is then predicted to affect the Virgin Islands and Puerto Rico on Wednesday afternoon. After that it could turn toward the Dominican Republic, Haiti, Cuba, and then Florida.

Authorities have warned that the storm could create up to 10 inches (25 centimeters) of rain, cause landslides and flash floods and generate waves of up to 23 feet (seven meters) across the region, the Associated Press reports.

When is Hurricane Irma supposed to hit Florida?

Weather expects are predicting that Irma will reach the Florida keys and portions of the Florida Peninsula by the weekend, with mandatory evacuation for the Florida Keys and Miami-Dade set to begin Wednesday.

“This hurricane has the potential to be a major event for the East Coast. It also has the potential to significantly strain FEMA [the Federal Emergency Management Agency] and other governmental resources occurring so quickly on the heels of [Hurricane] Harvey,” Evan Myers, chief operating officer of AccuWeather, said in a statement on Monday.

What was the last Category 5 hurricane to hit Florida?

The last Category 5 Hurricane to make landfall in Florida was Hurricane Andrew 25 years ago. The storm destroyed more than 25,000 homes, damaged 100,000 others and directly killed 15 people, according to USA Today.

Generally speaking, The Weather Channel reports that the last Category 5 hurricane to hit the Atlantic basin was Hurricane Matthew in 2016. Prior to that it was Hurricane Felix in 2007.

How to prepare for Hurricane Irma

The U.S. National Hurricane Center said Sept. 4 that “everyone in hurricane-prone areas should ensure that they have their hurricane plan in place.” People have already began stocking up on supplies, including water, in Florida. Photographs on social media have shown empty shelves in supermarkets in the city of Miami. 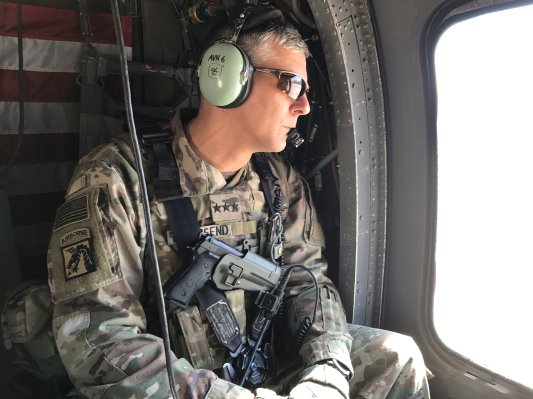