A Japan Airlines flight made an emergency landing in Tokyo on Tuesday after a suspected bird strike to one of the plane’s engines.

Video footage of the reported strike shows flames burst out of one of the plane’s engines after takeoff. A spokesperson for Japan Airlines told South China Morning Post that a bird strike was believed to have caused the flames, though the airline is still investigating the incident and will inspect the engine.

“It seems that a bird got sucked into the left engine when taking off,” the spokesperson said. According to the spokesperson, the plane “discarded fuel” in the air to lessen its weight ahead of landing.

The Boeing 777 plane was headed toward New York from Tokyo with 233 passengers and 15 staff members on board. Crew members requested an emergency landing within minutes of take-off, and the flight landed at Tokyo’s Haneda International Airport about half an hour after taking off, the Morning Post reports. There were no injuries reported. 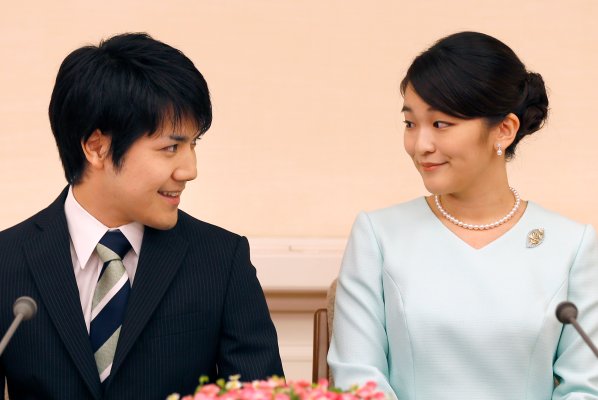 Japan's Princess Mako Gives Up Royal Status to Marry For Love
Next Up: Editor's Pick