This Is Hurricane Irma's Path and Forecast

Just days after Hurricane Harvey ravaged Texas, the U.S. is bracing itself for another heavy storm: Hurricane Irma.

Irma, which has winds reaching up to 150 mph, is a Category 5 storm heading west across the Caribbean, according to the National Weather Service. The storm will move toward the northwest Tuesday night and go over the Leeward Islands early Wednesday.

The National Hurricane Center shows the storm moving west and likely affecting parts of Florida by the end of the week. Florida Gov. Rick Scott declared a state of emergency Monday to prepare for the hurricane.

The NWS predicts that water levels could rise by between six to nine feet above normal tide levels along the coasts of the northern parts of the Leeward Islands. Typically dry areas near the coast will likely flood from rising waters moving inland in the British and U.S. Virgin Islands, Puerto Rico and St. Croix. The hurricane could also affect the Turks and Caicos, the Bahamas, Cuba and Hispaniola later in the week.

Hurricane Irma is expected to produce between four and eight inches of rainfall, with up to 12 inches falling in isolated locations, across the northern Leeward Islands, Puerto Rico and the British and U.S. Virgin Islands. 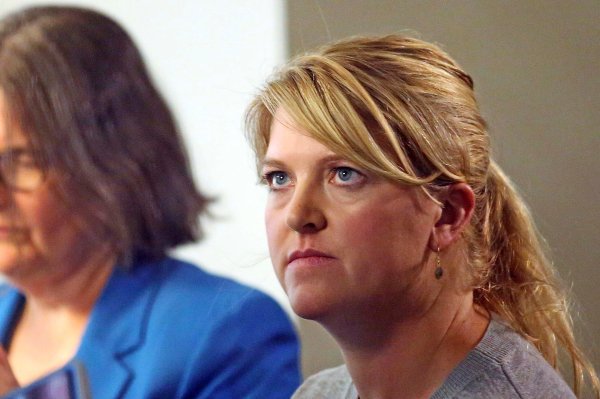 'I Was Scared to Death.' Nurse Dragged From Hospital and Handcuffed Speaks Out
Next Up: Editor's Pick