A Second Indian Hospital Is Being Investigated Over Child Deaths

Indian medical staff attend to a child admitted in the Encephalitis ward at The Baba Raghav Das Hospital in Gorakhpur, Uttar Pradesh, on August 12, 2017.
Sanjay Kanojia—AFP/Getty Images
By Joseph Hincks

Indian police are investigating another hospital in Uttar Pradesh state where dozens of infants have died in the space of a month.

Ram Manohar Lohia hospital in the city of Farrukhabad is the second hospital in weeks to be investigated over infant deaths, many of which have been attributed to perinatal asphyxia, which is caused by reduced oxygen during childbirth.

Last month at least 160 children died at another state-run institution in the city of Gorakhpur.

The Times of India reports that between July 21 and August 20, 49 children died at Ram Manohar Lohia government hospital in Farrukhabad. At least 30 of those are suspected to have died from perinatal asphyxia.

Police conducting the probe said the hospital “did not insert oxygen pipes [into infants’ windpipes] after birth,” the BBC reports.

However senior government officials have denied that deaths at either the Farrukhabad or the Gorakhpur hospitals were caused by perinatal asphyxia.

When news of newborns dying at Gorakhpur first emerged, reports suggested that a private supplier had cut the hospital’s oxygen supply over unpaid bills. Parents and relatives reported having to operate breathing apparatus by hand to save the children, the BBC says.

But state and hospital officials have said there was no oxygen shortage, instead blaming the deaths on an uptick of infectious diseases contracted during the monsoon season. Many children, the hospital said, had arrived at hospital in critical condition.

Hundreds of infants die of various diseases each year in Uttar Pradesh, one of India’s poorest states. Encephalitis, which can transmitted by mosquitoes and is particularly life threatening to very young children, is common in Gorakhpur. 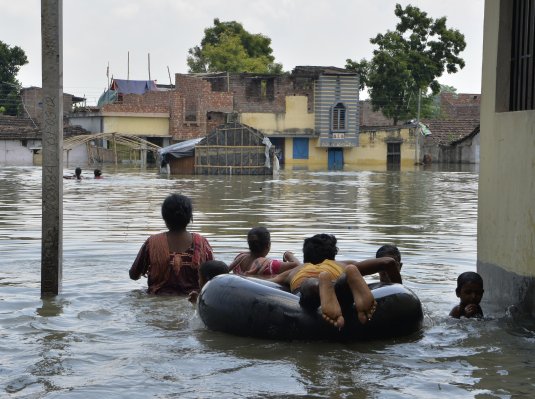