'I Was Scared to Death.' Nurse Dragged From Hospital and Handcuffed Speaks Out

A Utah nurse who was dragged out of a hospital and handcuffed by police after refusing their request to draw blood from an unconscious patient said she “was scared to death” and feels “betrayed” following the incident.

In an interview with CNN, Alex Wubbels, a nurse at the University of Utah Medical Center, said she did what she thought was right when refusing a police officer’s request to draw blood from a patient who had been injured in a car accident. “Any nurse, I think, would have done exactly what I did,” Wubbels said.

Wubbels’ lawyer told the AP that the nurse had followed hospital policy and advice from her supervisors when telling Salt Lake City Police Department Detective Jeff Payne that she could not obtain a blood sample from an unconscious patient without a warrant or consent from the patient.

Video footage from a police body camera showed Wubbels explaining to Payne why she could not draw blood from the patient. The video then showed Payne dragging Wubbels from the hospital and handcuffing her.

The footage has caused national outrage since it was released on Thursday. A pair of police officers have since been put on leave.

“I was scared to death. I was obviously very frightened,” Wubbles said when asked what she was thinking during the episode. She said she feels betrayed by the police, university police and hospital security, that Payne was aggressive toward her from the beginning of their interaction, and that no one protected her.

“My assessment skills led me to believe that Officer Payne was already agitated,” she said. 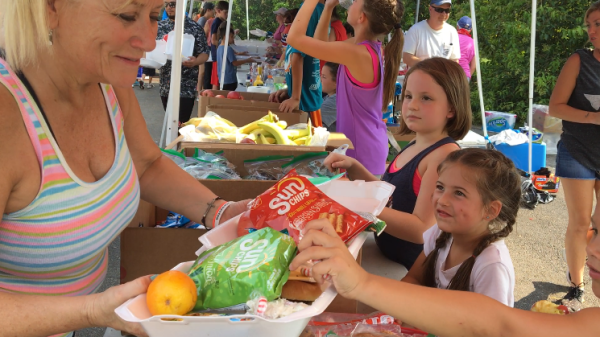 Houston Bands Together to Help First Responders
Next Up: Editor's Pick