Why Congress Will Decide Dreamers' Fate

President Trump’s announcement that he will rescind an Obama-era executive action providing legal protection to people brought to the U.S. as children has all the appearances of a final decision.

By including a six-month delay before the end of the Deferred Action for Childhood Arrival program, Trump gave Congress a narrow but achievable window to spare the Dreamers.

There are signs that Republicans in Congress may want to prevent the deportation of nearly 800,000 individuals who have taken advantage of the program to get drivers licenses, go to college and launch careers.

Speaker of the House Paul Ryan and other leading Republicans publicly urged the White House to maintain the program, and Trump said in the past that he would find some accommodation for Dreamers.

“We’re going to work something out that’s going to make people happy and proud,” he told TIME in 2016.

The fate of the program had been the subject of intense internal debate at the White House in recent months, with Attorney General Jeff Sessions arguing it was not legally justified. A White House official indicated that view prevailed, saying that while Trump agrees with the program’s outcome, he objects to the way it was done.

President Obama announced the DACA program in 2012 as he was running for a second term. The notion of allowing people brought to the U.S. as children to stay has been proposed in various bills on Capitol Hill for years—and enjoys nearly two-thirds support among the public in polls—but it’s never been able to garner the 60 votes in the Senate needed to overcome a filibuster. 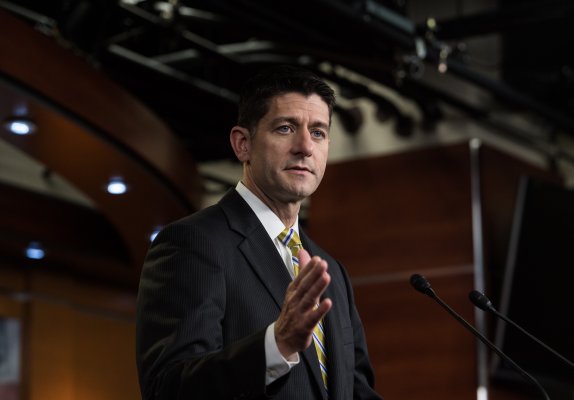