There is no evidence that Barack Obama ever wiretapped Trump Tower during the 2016 election, the Department of Justice said in a court filing on Friday.

“Both FBI and NSD [Department of Justice’s National Security Division] confirm that they have no records related to wiretaps as described by the March 4, 2017 tweets,” the DOJ wrote in a summary judgment court filing on Sept. 1. “FBI again confirmed that Case 1:17-cv-00718-RCL Document 12 Filed 09/01/17 Page 4 of 39 they do not have any such records by consulting with personnel knowledgeable about Director Comey’s statements and the surveillance activities of the FBI. ”

On March 4, just six weeks after he was inaugurated, Trump issued a series of early morning tweets claiming that Obama had wiretapped Trump tower before the 2016 election—but had not found anything. Although Trump decried the move as “McCarthyism,” he did not provide any evidence it had happened.

Former President Obama’s spokesperson was quick to refute the claims at the time, stating “neither President Obama nor any White House official ever ordered surveillance on any U.S. citizen. Any suggestion otherwise is simply false.” Leading Congressional Republicans, including House Speaker Paul Ryan, also said there was no supporting evidence.

The most recent claims from the Justice Department confirming a lack of evidence are in response to a lawsuit filed by American Oversight, a non-partisan oversight group who had filed a Freedom of Information Act to the FBI and the DOJ”s National Security Division for all records pertaining to this claim.

Former FBI Director James Comey, who Trump fired in May, said during his congressional testimony in March that while he was still in his position at the FBI, he had no information to support this claim about wiretapping. 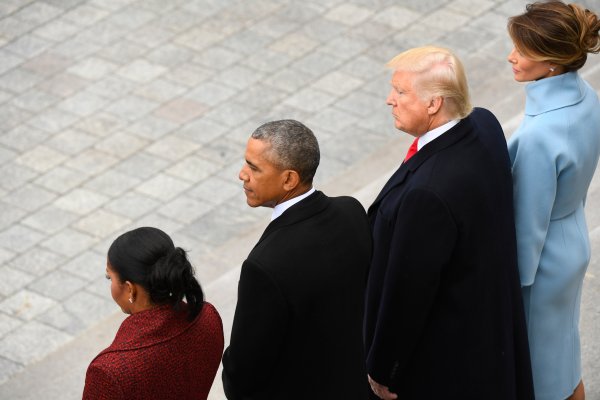