President Trump will announce his decision on whether to terminate the Deferred Action for Childhood Arrivals program, or DACA, on Tuesday, the White House says.

“I just spoke with the President and we’re in the process of finalizing that decision and those details, and we’re actually going to make that announcement on Tuesday of next week,” White House Press Secretary Sarah Huckabee Sanders told reporters during Friday’s briefing.

“The President has been very clear he loves people, and he wants to make sure that this decision is done correctly, so that’s what he’s doing now finalizing that part,” she added.

DACA, established under President Barack Obama, protects some undocumented immigrants who came to the United States as children. Since its implementation in 2012, it has shielded about 800,000 immigrants from deportation. Some Republicans feel the program was an overreach of executive power, but House Speaker Paul Ryan argued earlier Friday that Trump shouldn’t scrap it, and that Congress should take up the issue instead. 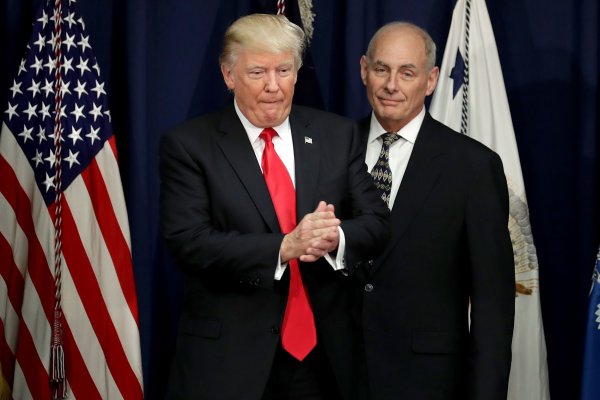 Trump Praises New Chief, Pushing Back Against Report
Next Up: Editor's Pick