Donald Trump may not appear in 1992’s Scent of a Woman, but he reportedly shot a scene for it.

According to Matt Damon, one of the requirements for filming at a Trump-owned building such as the Plaza Hotel is writing Trump himself into the movie. However, Trump’s cameo apparently didn’t make the final cut in director Martin Brest’s coming-of-age drama.

“The deal was that if you wanted to shoot in one of his buildings, you had to write him in a part,” Damon recently told The Hollywood Reporter. “Martin Brest had to write something in Scent of a Woman — and the whole crew was in on it. You have to waste an hour of your day with a bulls—t shot: Donald Trump walks in and Al Pacino’s like, ‘Hello, Mr. Trump!’ — you had to call him by name — and then he exits. You waste a little time so that you can get the permit, and then you can cut the scene out. But I guess in Home Alone 2 they left it in.”

According to The Hollywood Reporter, Trump has appeared in a number of television shows, movies and commercials. 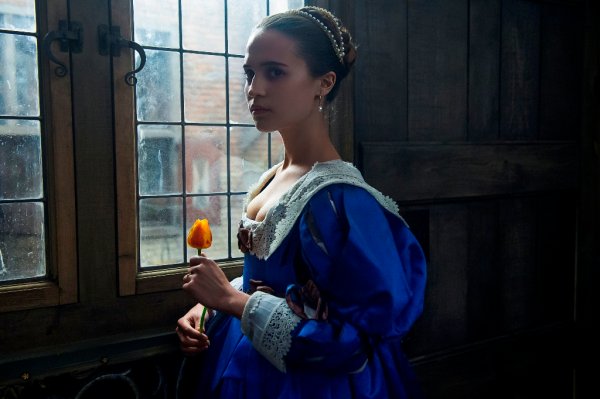 The Real Economic History Behind 'Tulip Fever'
Next Up: Editor's Pick