A rebel fighter, who belongs to the Free Syrian Army, uses an iPad during preparations to fire a homemade mortar at a battlefront in Damascus on Sept. 15, 2013
Mohamed Abdullah / Reuters
By Michelle Arrouas

Syrian rebels claim to have received enhanced funding from the U.S. in the wake of failed peace talks with President Bashar Assad’s administration in Geneva.

As soon as the negotiations ended — with no breakthroughs and uncertainty as to whether Assad will commit to the next round — rebels claim to have received a cash boast from Washington, reports The National.

Syrian rebel commanders in Jordan reportedly received hundreds of thousands of dollars from U.S. officials when talks ended last weekend — cash they used to launch a new military campaign in their homeland’s south. 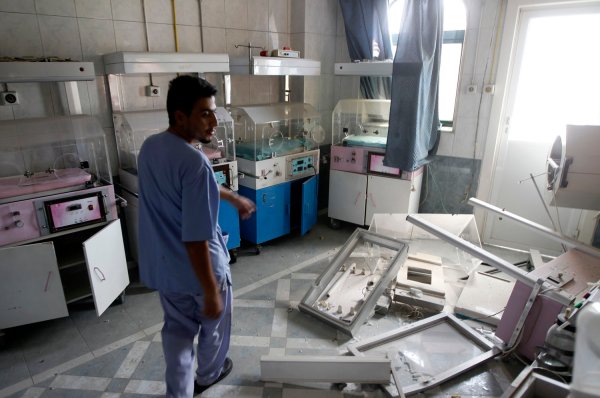