L’Oréal Paris has dropped its first transgender model from a campaign after she faced criticism for remarks about institutional racism.

The beauty brand said Friday on Twitter that the comments made by Munroe Bergdorf were “at odds” with its values and had decided to end the campaign with her.

The decision came after British tabloid newspaper The Daily Mail reported on remarks made by Bergdorf on Facebook.

“Honestly I don’t have energy to talk about the racial violence of white people any more. Yes ALL white people,” she reportedly said. “Because most of ya’ll don’t even realise or refuse to acknowledge that your existence, privilege and success as a race is built on the backs, blood and death of people of colour. Your entire existence is drenched in racism… Come see me when you realise that racism isn’t learned, it’s inherited and consciously or unconsciously passed down through privilege.”

The original post does not currently appear on her Facebook page. But Bergdorf later said on Facebook that her remarks had been taken out of context, and were in response to the recent violence in Charlottesville Va. “When I stated that ‘all white people are racist’, I was addressing that fact that western society as a whole, is a system rooted in white supremacy – designed to benefit, prioritise and protect white people before anyone of any other race,” she said

Some on social accused the transgender model of being racist, while others applauded the stance that she took against institutional racism and said that L’Oréal had gone against the diversity that it purported to support.

Bergdorf had only just announced that she was the face of L’Oréal’s #YoursTruly campaign on Aug. 27. In response to the decision to drop her from the campaign, she called on people to boycott the brand, saying: “Sit still and smile in a beauty campaign ‘championing diversity’. But don’t actually speak about the fact that lack of diversity and is due to racism. Or speak about the origins of racism. It’ll cost you your job.” 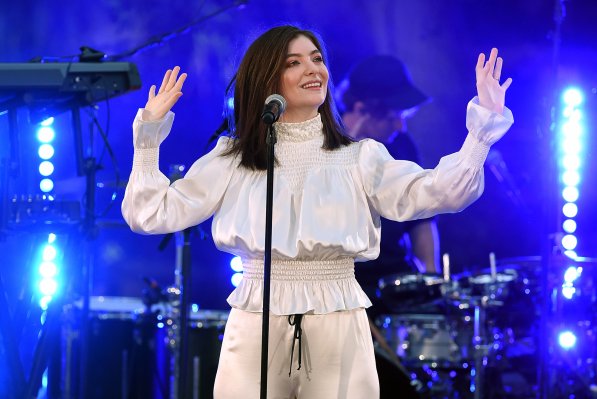 Lorde Says Rihanna Inspired One of the Most Emotional Tracks on Her Latest Album
Next Up: Editor's Pick