There's Already Another Powerful Hurricane in the Atlantic

Before the destruction from Hurricane Harvey has been taken care of, another hurricane is already on the horizon.

Hurricane Irma has been picking up speed in the Atlantic Ocean this week. And as it brings 115-mph winds, the storm was declared a Category 3 hurricane around 5 p.m. on Thursday, according to the National Oceanic and Atmospheric Administration’s National Hurricane Center.

Irma was located about 3,000 miles southeast of Miami on Thursday, and moving west at about 12 miles per hour. The National Hurricane Center said in an advisory it expects the hurricane to remain strong for several days.

“The good news is we have lots of time to watch this develop,” Feltgen told the network. “It’s at least five or six days away from touching any land.”

It’s too soon to know if Irma will pose a serious threat to the United Sates, Feltgen added. In the NHC’s advisory, analysts forecast the storm’s path, but it could still change directions before Irma approaches land.

Harvey took several days to make its way from the ocean through Texas and Louisiana, and its death toll surpassed has surpassed 30 people as authorities work to help people in the areas affected and recover from the historic storm. 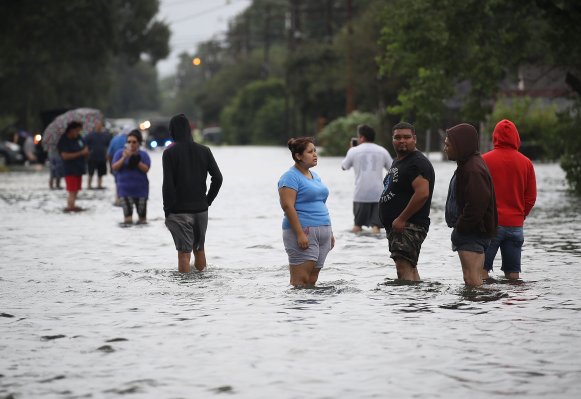 Poll: 34% of Americans Know Someone Impacted by Hurricane Harvey
Next Up: Editor's Pick