The Mixed Fortunes of the BRICS Countries, in 5 Facts

The president of the Brics New Development Bank, KV Kamath, is seen with President Jacob Zuma, Malusi Gigaba and Maite Nkoana-Mashabane during the launch of the bank at the African Regional Centre on August 17, 2017 in Sandton, South Africa
The Times—Getty Images
By Ian Bremmer

This weekend, the BRICS countries—Brazil, Russia, India, China and South Africa—will convene in the Chinese city of Xiamen for their annual summit. It wasn’t long ago that the BRICS were heralded as the future of the globalized economy. Then, for a variety of reasons, the group lost a bit of its luster. Now’s the time to check back in with them.

1. BRICS straddle one quarter of the world

The story of the BRICS—or technically, BRIC countries (South Africa joined in 2010)—begins with Goldman Sachs chief economist Jim O’Neill, who wrote a paper in 2001 arguing that these were the emerging superstars most likely to dominate the 21st century globalized economy. Taken together, these five countries cover 40 percent of the world’s population and more than 25 percent of the world’s land. The sky seemed the limit.

They delivered on some of that promise—between 1990 to 2014, these countries went from accounting for 11 percent of the world’s GDP to almost 30 percent. Yet, the global financial crisis inflicted lasting damage, and Goldman Sachs shut down its BRIC investment fund in late 2015 after its assets plunged in value by 88 percent from their 2010 highpoint. But the group continues to meet and to talk up an ambitious common agenda.

Let’s start with global supply chains, and their biggest success story: China is now the second-largest economy in the world by GDP and poised to overtake the US for #1 over the next few years. In 1990, China produced less than 3 percent of the world’s manufacturing output when measured by value; by 2015, it produced roughly 25 percent. And as went China’s manufacturing prowess, so went China’s middle class. In 1990, China made up zero percent of the global middle class; by 2015 it comprised 16 percent, and another 350 million Chinese people are expected to join by 2030.

India is a similar story, but instead of focusing on manufacturing, it went the services route instead. Today, services account for roughly 61 percent of its GDP, with a particular emphasis on IT—at $108 billion, India is one of the world’s leading IT services exporters. And the rise of India’s middle class resembles that of China’s; Indians went from 1 percent of the global middle class in 1990 to 8 percent in 2015, with another 380 million Indians expected to join by 2030.

3. The collapse in commodity prices has threatened the other BRICS nations

The picture is decidely mixed, meanwhile, with the other BRICS countries, who rose mainly on the back of their vast natural wealth. Brazil sells commodities like soybeans, iron ore, and crude oil on global markets. Combining that financial windfall with innovative social programs helped lift 29 million Brazilians from poverty between 2003 and 2014. As a group, Brazil’s poor are arguably the largest beneficiaries of globalization in the Western hemisphere.

South Africa also used its natural wealth—in this case rare gems and metals like gold, diamonds and platinum—to help get its economy on track following apartheid. In 1990, the country exported $27 billion worth of goods; by 2011, that number had increased nearly five-fold. And then there’s Russia, which spent the 1990s rebuilding itself from the rubble of the Soviet Union. Thankfully, the country is blessed with abundant energy sources—crude oil, natural gas, metals and minerals—that helped it find its footing. In 2000, 29 percent of Russians lived below the poverty line; by 2012, just 11 percent did.

But the fall in commodity prices of recent years has done significant damage in all three countries— where Brazil’s 3-year average GDP growth between 2005-2007 was 4.41 percent, the last three years have seen an average growth of -2.29 percent. Over the same time periods, South Africa’s growth rate has fallen from 5.41 percent to 1.09 percent; Russia’s from 7.69 percent to -0.77 percent.

4. Corruption is still endemic within the BRICS

All of these five countries have been held back by corruption, in varying ways, but their rising importance to the global economic system ensures the spotlight now shines brighter than ever. Yet some of the BRICS countries have handled it better than others.

Brazil’s spiraling corruption investigations have already felled former president Dilma Rousseff and threaten the current administration of President Michel Temer. On the bright side, these same corruption investigations have made Brazil the gold standard of judicial independence and rule-of-law in Latin America. In South Africa, corruption allegations continue to pile up against the ruling ANC party and the country’s president Jacob Zuma, who is awaiting a supreme court hearing in September to see if 783 criminal charges against him will be reinstated. Thanks in part to a campaign by opposition activist Alexei Navalny, 47 percent of Russians now believe “corruption has significantly taken hold in the Russian government.” Don’t expect much change there, however, even after the 2018 presidential election.

India and China have made bolder attempts to combat corruption. Under Prime Minister Narendra Modi, India’s government decided to do away with 500 and 1000 rupee notes (86 percent of the currency in circulation at the time) in a bid to clamp down on tax evasion and the black market. And while early returns haven’t been great, Modi has gotten even more ambitious with the introduction of a biometric ID system, intended to bypass corruption and fraud by distributing public subsidies and unemployment benefits directly. Despite privacy concerns, more than a billion people have signed up.

China’s President Xi Jinping, meanwhile, is using a massive multiyear anti-corruption drive (nearly 300,000 Communist Party officials were punished for corruption offenses in 2015) both to consolidate power ahead of a major leadership transition around Xi this fall and to restore the ruling party’s image as defender of the Chinese people.

5. The “winners” remain at risk

It would be easy to label India and China as the clear winners among the BRICS, but it’s not that simple. Yes, India and China have the fastest growth rates of any major economies in the world, and citizens of these countries remain optimistic about the future. But nearly 50 percent of Indians remain vulnerable to a slide back into poverty, and China’s economy has slowed as higher wages make manufacturing more expensive. Both countries are especially vulnerable to technological changes that bring automation into the workplace on a larger scale. The World Bank estimates that 68 percent of all existing jobs in India are “at risk” from automation. In China, the figure is 77 percent.

Even the sturdiest of BRICS isn’t as strong as it used to be. 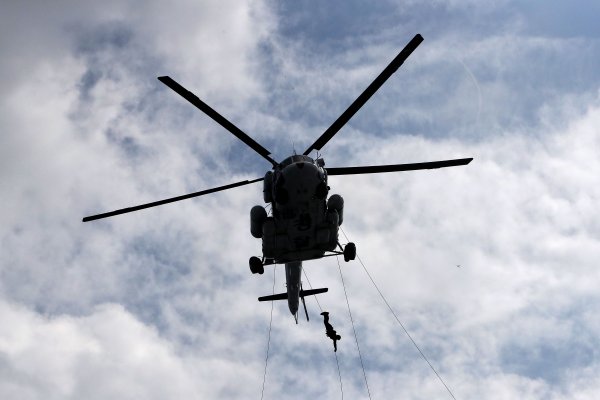