Hurricane Harvey's Environmental Toll Will Only Get Worse

Hurricane Harvey posed a difficult challenge for the operators of the Arkema Group chemical plant just outside Houston. The flooding had cut off the power supply, meaning chemicals could not be stored at the appropriate temperatures. And then, when even the backup generators failed, the site erupted in flames with two explosions Thursday, exposing the area to noxious fumes.

The explosion is not expected to have any long-term environmental impact, officials said, but the episode is just a taste of the environmental toll Harvey could leave on the region. Any mass flooding event brings with it public health concerns about the spread of contaminants through the water, but Houston’s industrial sector — heavy on oil, gas and chemicals — has experts particularly worried that extreme flooding has created conditions that could lead to environmental disaster.

“Houston has over 500 industrial sites and in every home we’ve got some mix of solvents pesticides, oil,” Barbara Sattler, a professor of public health at the University of San Francisco, told reporters on a conference call. “Those are all part of this huge contamination pond that is Houston.”

Ranking high on the list of environmental concerns in Houston are the area’s myriad oil refineries and other chemical plants, which have temporarily shuttered in response to the storm. More than 30 leaks have been reported to the Texas Commission on Environmental Quality (TCEQ) at such sites since the storm made landfall, according to E&E News. Those include everything from Chevron Phillips’ Cedar Bayou chemical plant, which is expected to release 766,000 pounds of chemicals, to a Dow Chemical plant that has released 34,000 pounds of chemicals like benzene, toluene and carbon monoxide, E&E reports.

The vast network of oil pipelines that end in the area also threatens environmental health, according to Bruce Bodson of the Bayou City Waterkeeper, a group that advocates for clean water in Texas. Flooding shifts the position of oil pipelines, leaving them vulnerable to rupture or, at the very least, leaks.

Houston’s Harris County is also home to more than 20 Superfund sites, which the federal government has identified as home to unsafe levels of toxic waste. In some places, fear has spread that toxic material may have already escaped from the secure sites as contaminated soil mixes with floodwater, according to a Bloomberg BNA report. The TCEQ said its workers have tried to secure Superfund sites, and the EPA will be leading an effort to inspect them when flooding subsides.

More immediately, people in Houston face the simple but still significant threat of water contaminated with bacteria, and the release of material from sewage facilities. At least a dozen sewage overflows have occurred in the Houston area, mixing with flood water, according to analysis from Environment Texas, an advocacy group. And that’s on top of the the normal mix of contaminants in local waterways. Nearly 200,000 people now live in areas with orders to boil water thanks to that contamination, according to a report from the Texas Commission on Environmental Quality.

Even in the best case scenario, the long-term environmental health consequences of Harvey will be dire.

“Virtually all the waterways in Houston are impaired with bacteria, and that’s on a good day,” Bodson said. “Instead of staying politely in the stream channels, these impaired waters are now in everybody’s house and backyard.” 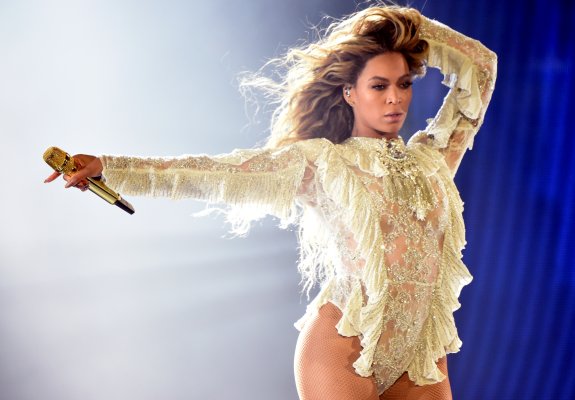 Here's What Celebrities Are Doing About Hurricane Harvey
Next Up: Editor's Pick