These Are Spotify's Most Streamed Songs of Summer 2017

Now it’s Spotify official: Luis Fonsi and Daddy Yankee’s “Despacito (Remix)” featuring Justin Bieber was the most popular song this summer on the streaming giant, with 786 million plays so far globally, the company announced Thursday. With 16 consecutive weeks atop the Billboard Hot 100 and the most-viewed YouTube video ever, the song continues to dominate the season, which Spotify counts as streams between June 21 and Aug. 27.

The Latin jam is followed by DJ Khaled’s “Wild Thoughts” featuring Rihanna and Bryson Tiller, a sizzling, Santana-sampling jam released midway through the season. French Montana’s “Unforgettable” with Swae Lee finishes off the top three. Rounding out the top ten of global songs of summer are DJ Khaled’s “I’m the One,” Ed Sheeran’s “Shape of You,” Calvin Harris’s “Feels,” Charlie Puth’s “Attention,” Liam Payne’s “Strip That Down” and Imagine Dragons’ “Thunder.”

But one theme is strong throughout the lists: “2017 gave us the summer of Latin music,” Rocio Guerrero, Spotify’s Head of Latin Culture, shared in a statement. That’s because Spanish-language tracks like J. Balvin’s “Mi Gente,” Maluma’s “Felices los 4” and Danny Ocean’s “Me Rehusó” also pop up, with a total of seven Latin songs on the global chart, a first. Another theme is a male-dominated summer: the only proper single from a female artist is Rita Ora’s “Your Song” at number 25. (Rihanna, Katy Perry and Nicki Minaj crop up in some of the other songs for some featured verses.) 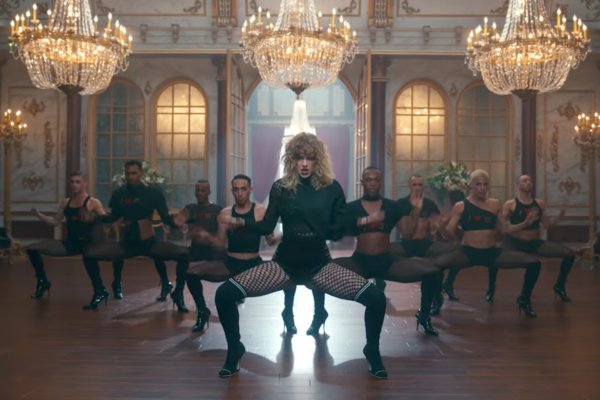 Taylor Swift's Music Video Director Fires Back at the Haters
Next Up: Editor's Pick