Poll: 34% of Americans Know Someone Impacted by Hurricane Harvey

More than a third of Americans know someone who has been impacted by the rampant flooding in Texas caused by Hurricane Harvey.

Since downgraded to a tropical storm, Harvey wreaked havoc across the Houston area this week. At least 21 people have died and thousands of others have been displaced because of the heavy rain and floodwaters. According to a new poll from HuffPost/YouGov, 34% of people know someone who has been affected by the storm.

As Harvey moves from Texas to neighboring Louisiana, 51% said they approved of the federal government’s work in handling the flooding in Texas, while 16% disapproved with the rest saying they were unsure. People were also positive about President Trump’s response to the hurricane — 42% approved of Trump while 24% said they disapproved (the survey was conducted before Trump visited Texas this week). 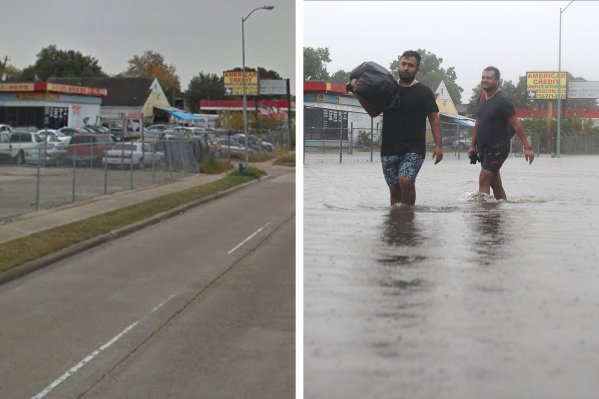 Before-and-After Photos Show the Scale of Harvey's Destruction in Houston
Next Up: Editor's Pick