We Sorted Half a Million Americans Into Harry Potter Houses. Here's What We Discovered

On September 1 of every year in J. K. Rowling’s beloved Harry Potter novels, several hundred British teenagers board the Hogwarts Express to travel to the Hogwarts School of Witchcraft and Wizardry. Once they arrive, those entering the school for their first year undergo the venerable ritual of being sorted into one of the school’s four Houses: Gryffindor, Ravenclaw, Hufflepuff or Slytherin.

Last June, in honor of the 20th anniversary of the first Harry Potter book, we invited readers to take a scientific-based quiz on which of the four Houses they would have been assigned had they received an owl-borne acceptance letter to Hogwarts. Over 1 million people accepted the challenge, and more than 600,000 opted to anonymously contribute their responses and a small amount of demographic information to future research of the geographic distribution of personality. (The respondents do not represent a statistical sample of people, but this research is not a poll.)

That gives us a treasure trove of data on how different types of people are drawn to the different Houses in Rowling’s universe. Based on the nearly 500,000 U.S.-based responses to our quiz, here are five things we learned:

America is a nation of Ravenclaws and Hufflepuffs

While plenty of respondents were sorted into Gryffindor (Harry Potter’s House) or Slytherin (home to many of the books’ budding villains), a majority were in either Ravenclaw (home to the studious and industrious) or Hufflepuff (the House of humility and diversity). This is not surprising. Gryffindor and Slytherin generally play host to the books’ most extreme fictional characters, while we found that Ravenclaw and Hufflepuff were closer to the average, non-magically-embroidered personality.

Men gravitate to Slytherin and Gryffindor

While Gryffindor and Slytherin were generally less common than Ravenclaw and Hufflepuff, they attracted significantly more men than women, once the data is adjusted for the fact that more women than men took the survey as a whole. For Gryffindor, this is generally because men were more likely to profess a willingness to court danger, which correlates with that House.

Slytherin is for the young

We found that the only House where personality fit varied based on age was Slytherin — and as you can see, it varied a lot. This could be a function of maturity. While Hufflepuffs tended to reject the notion that some people are more entitled to respect than others, Slytherins were the opposite.

Midwesterners are just as humble as we thought…

A state-by-state map shows that Hufflepuff is prevalent in the middle of America, while Slytherin gravitates to the South, Gryffindor to the Southwest, and Ravenclaw to upper New England.

..while there are pockets of Houses across the country

Slytherin may be most prevalent in the South on a state level, but there are also enclaves around the Boston region, as well as clusters of Gryffindors in Colorado. The size of the dots in this chart is proportional to the degree of affinity for the House, not the population. 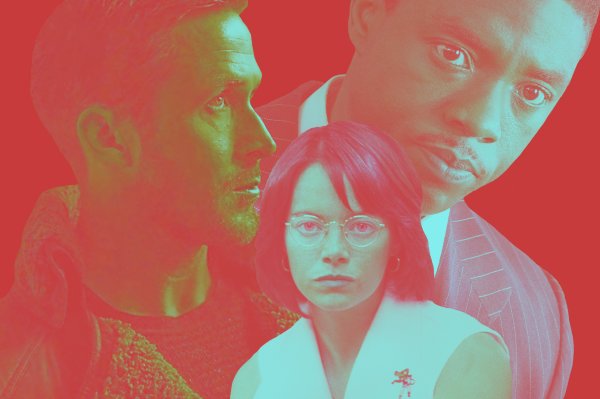 The Best Movies to See This Fall
Next Up: Editor's Pick