Ed Skrein attends the Into Film Awards on March 14, 2017 in London, United Kingdom.
Samir Hussein—WireImage
Ideas
By Daniel York
York is an actor, writer and filmmaker; he contributed to the essay collection from writers of color The Good Immigrant and is currently appearing in Dido, Queen of Carthage at the Royal Shakespeare Company in Stratford-upon-Avon, U.K.

Performers usually win plaudits for their performances. But I’m applauding one actor for not turning up.

The British actor and rapper Ed Skrein was slated to play Major Ben Daimio in the Hellboy movie reboot, a character of Japanese heritage in the original comic books. But following a backlash online, Skrein, who has no Asian blood whatsoever, withdrew from the film “so the role can be cast appropriately.”

Skrein is setting an example other actors should follow. If only more people in the industry had his integrity, courage and common humanity.

Many of us have campaigned long and hard against movie industry “whitewashing.” We’ve recently seen a whole slew of bleached-out castings in films like Aloha (Emma Stone as a Eurasian Hawaiian), Dr. Strange (Tilda Swinton as a Celtic version of a Tibetan martial arts guru) and Ghost In The Shell (Scarlett Johannson as the Japanese manga character Major). Some have expressed regret afterward; for instance, Rooney Mara claimed she “hated” playing Tiger Lilly in the Pan film.

Although some whitewashed films have been successful (The Martian and Argo would be famous examples), many of the movies mentioned above failed at the box office — which makes a mockery of the oft-repeated argument that casting established stars (in other words, whitewash-casting) makes a film more marketable.

This is a bogus argument anyway because all established stars have to begin somewhere. If actors of color are never given roles in mainstream movies, how will they ever gain the necessary exposure to become marketable?

Many in the industry bemoan the ability of social media to provide a movie project with a wealth of bad publicity, sometimes before even one scene has been shot. But the film industry, like any other business, should be mindful of the signs that it’s out of step with its audience when it comes to issues of race and casting.

No actor of color is looking for “positive discrimination” or a leg up; we just want a level playing field. And if you take a character written as Asian or black and cast a white actor in that role, you’re effectively saying that there was no Asian or black actor good enough or clever enough or talented enough or capable enough to play that part.

Or that they simply did not exist. There’s a word for that: erasure.

As for Ed Skrein, he has probably earned himself an entire new fanbase in the last 48 hours. Not only among people of Asian descent but also among people of color and people who believe in diversity, equality and plain old fair play.

When the news of the initial casting was announced, Hellboy executive producer Christa Campbell wrote in a now-deleted tweet: “Someone comes and does a great audition to get the role. Stop projecting your own shit onto us. We are all one. We don’t see colours or race.”

Ironically, Ed Skrein’s brave and correct decision has ultimately proved that yes, indeed, we are all one. 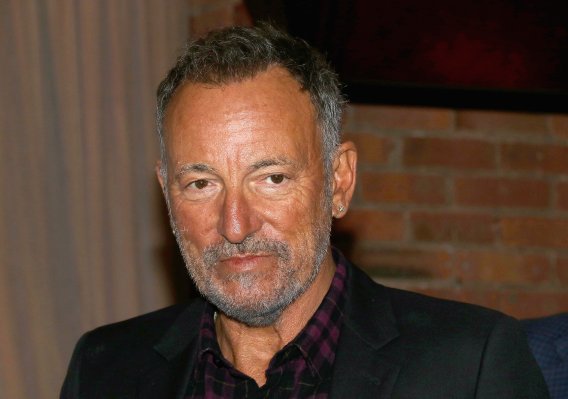 Bruce Springsteen Is Making His Broadway Debut This Fall
Next Up: Editor's Pick