Jaime Lannister finally made it to Winterfell. And thanks to Brienne’s endorsement, he was able to join the fight for the living in the Battle of Winterfell.

In a cryptic moment with Bran during episode 2, the three-eyed raven told Jamie he wouldn’t be able to help in the battle if Sansa or the Mother of Dragons had him executed. That lead Jamie to ask “what about afterwards.”? Brans’ cryptic response: “how do you know there is an afterwards. Perhaps that’s hinting at an afterwards for our heroes or specifically, Jamie. What will happen to him is anyone’s guess.

However, there is one defining detail of Jaime’s character that may signal he is on the road to finding redemption for his past misdeeds: the nickname “Kingslayer.”

To refresh your memory, Jaime was given the derogatory moniker for stabbing Aerys II “The Mad King” Targaryen in the back while serving in his Kingsguard during the Sack of King’s Landing. But according to the Kingslayer himself, the betrayal was not what it seemed. After having his hand chopped off by Locke in season three, Jaime told his side of the story to Brienne of Tarth.

Jaime’s nickname has clearly haunted him for much of his life. However, some fans believe it foreshadows that he will be the one to kill the Night King, ultimately becoming one of the greatest heroes in the Game of Thrones story.

“I really hope Jaime is the one who kills the Night King,” wrote Reddit user atadmad. “Maybe Jaime dies in the process, saving Jon and/or Dany. Or maybe he lives. Either way, imagine him/his body returning to Winterfell/[King’s Landing] after the war, and everyone continuing to refer to him as ‘Kingslayer,’ but out of respect rather than contempt? That’s all, just thought that would be amazing.” 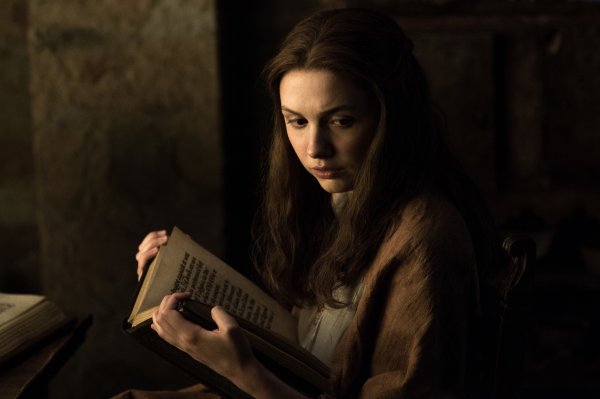 This Game of Thrones Character Is the Internet's Latest Hero
Next Up: Editor's Pick