In the pantheon of literature, the best novels manage to feel timeless even as they capture a snapshot of history, from Jane Austen examining Regency-era social mores in Pride and Prejudice to John Steinbeck depicting the Great Depression in The Grapes of Wrath. But writing about the present is a delicate balance — include too many gadgets, apps and cultural reference points and your story quickly feels irrelevant.

Salman Rushdie has deftly walked that tightrope for decades. From his 1981 breakout Midnight’s Children, which covered everything from India’s bloody partition to the pangs of unrequited love, to 2005’s Shalimar the Clown, which took jihadism from Kashmir to Los Angeles, Rushdie has become a luminary by marrying the literary to the geo-political. He takes on that task once again in his new novel, The Golden House, about a corrupt Indian businessman (alias: Nero Golden) who flees the Bombay mafia to start a new life with his three adult sons in New York City, picking up a Russian trophy wife along the way. Today’s hot-button issues all get play: gender transition, autism, free speech and nationalism serve as plot points. Observing the Gatsby-esque splendor of the Goldens is the narrator René Unterlinden, a filmmaker planning to make a movie about his wealthy neighbors. In the same way that F. Scott Fitzgerald “defined a moment of Americanness,” Rushdie tells TIME on a recent afternoon in a bare room at his agent’s Manhattan office, “I wanted really just to smell what’s in the air.”

Enter the scent of the presidency of Donald Trump. The Golden House begins with the election of Barack Obama in 2008 and concludes with the election of “The Joker,” a nickname for a Trump-y amalgam who has the green hair, white skin and red lips of Gotham City’s original. “The Joker and the Trump are both unusual playing cards,” Rushdie offers. The Joker screams and careens around the city in the background of the novel, wreaking havoc while the main characters deal with their daily lives. “Most of this novel is a very realist novel,” Rushdie says, “and in a way what I was trying to say was here’s a real world, with real people facing their real world problems, and meanwhile, the public sphere has become this grotesque.”

The Golden House is more grounded in reality than his best-known work, the fantastical Midnight’s Children, and more noir than his last novel, Two Years Eight Months and Twenty-Eight Nights (2015). The reference point is more Balzac than Kafka, he says. But the reality it reflects is a rarefied one: that of wealthy New Yorkers (some of whom are more likely to vote for The Joker’s opponent, The Bat Woman).

Rushdie, who has millions of books in print, is among the first wave of artists to react to the Trump presidency in their work. But he has more in common with Trump than you might think. They’ve both frequented the society pages, they’ve both had a string of wives, they’ve both picked fights with world leaders, and they’ve both played themselves in popular movies (Trump in Home Alone 2; Rushdie in Bridget Jones’s Diary). Does all this make Rushdie the ideal novelist to write about the 45th president?

“You know, I’m terrified that you said that,” Rushdie says with a laugh. “That’s much too many coincidences.”

Though some of Nero Golden’s attributes flick at the businessman-in-chief, Rushdie says that Nero Golden “really came out of another place,” inspired by the Bombay mafia and super-rich Indians who collude with it. “I’m thinking more about Greek tragedy than Trump,” he says. “There’s a recurring question in the book about whether it’s possible for somebody to be both evil and good; that really was what I wanted to explore.”

Rushdie says that he wrote 95 percent of the book before the election, fully expecting Trump to win. Though he personally supported Hillary Clinton — and has not tweeted since Nov. 8, his final post a photo of himself with an “I Voted” sticker — he came to believe that she was doomed. “I was in a yellow cab with a Sikh taxi driver, who told me he was going to vote for Trump. And I said, ‘Why would you do a thing like that? He doesn’t like people like you and me.’ And he said, ‘Oh, sir, Mr. Trump, he’s a straight shooter, says what he thinks, doesn’t give a f-ck.’ And I thought, Oh, Trump’s going to win.” If Clinton had won, Rushdie says, he would have had to rework his manuscript. “I wanted very much to believe that Trump would not win, but my book thought otherwise.”

The novelist says he has crossed Trump’s path a couple times. Once, years ago at the Metropolitan Opera, Rushdie says, “He sort of surged past me with his entourage, going, ‘You’re the man,’” snapping and pointing his fingers. “I thought, really?” Another time, he ran into Trump while the U.S. Open was on. “He asked if I was interested in tennis, and I said, ‘Yeah, I like it,’ and he said — in a way that has become all too familiar — he said, ‘I have the best box. My box is better than all the other boxes. Anytime you want to have my box at the U.S. Open, you’re welcome to have it.’ He declined the offer.

If news of the book does filter its way through to the president, he says, “I would be interested to receive his tweet.”

In any case, he’s uniquely prepared to handle any blowback. Rushdie fielded a lawsuit from Indira Gandhi over his depiction of the late Indian Prime Minister in Midnight’s Children. And he infamously drew the ire of the Ayatollah Khomeini with The Satanic Verses, prompting Iran’s former Supreme Leader to issue a fatwa calling for Rushdie’s death in 1989. He wrote about the incident in his 2012 memoir Joseph Anton. The title comes from his code name with the British police, which protected him around the clock while he was in hiding. He feels that the publicity surrounding his fatwa made critics stop noticing the humor in his books. “Because this very dark thing happened to The Satanic Verses, in some way people began to give me the characteristics of the event — that because the event was so dark, the work must be dark, and because the event was abstrusely religious, that the work must be abstrusely religious, because the event was kind of incomprehensible, the books must be incomprehensible. And somehow, my writing acquired the kind of shadow of the attack on it.” The fatwa gets revived every now and then, but Rushdie (who is Muslim, though secular) says he no longer takes it seriously.

So far, the reviews for The Golden House are widely divided: New York Times critic Dwight Garner called it “bombastic and close to unreadable,” But four major trade publications gave it a starred review, with Publisher’s Weekly calling it “a distinctively rich epic of the immigrant experience in modern America.”

Since late 1999, Rushdie has lived in New York City, leaving behind the U.K. after living there for four decades. With the impending Brexit, he says, “I feel about England right now that it’s like a family having a picnic on a railway track. ‘What’s the problem? What’s that hooting noise? Owls?’ I mean, they don’t seem to understand what’s about to happen to them.”

But he’s far more concerned about his native India. We met on August 15, the 70th anniversary of Indian independence and the birthday of Rushdie’s most celebrated character, Saleem Sinai. The narrator of Midnight’s Children, Saleem is born at the stroke of midnight on the eve of independence, and he becomes a symbol of his young country as he grows. (It’s impossible to know how many millions of copies the book has sold, because pirated editions are highly popular in India. “There was a point where the pirated edition was selling so many copies that the pirates started sending me greetings cards,” he says. “‘Happy New Year, best wishes, the pirates.’ Literally that.”) Seventy years after independence, Rushdie is troubled by the shunning of secularism that defined his youth and the turn toward tribalism and sectarian violence that has flourished under Prime Minister Narendra Modi. “What is worse is that the regime there, which is in many ways as worrying as what’s happening here, is very popular … If [Modi] called an election tomorrow, he’d win in a super landslide,” he says. “That kind of sectarian populism unfortunately seems to be what the new India is.” By contrast, he believes nationalism is relatively niche in the U.S.

Rushdie became an American citizen last year, and a big part of the draw for him was the nation’s culture of free speech — who is allowed to say what, even if it’s abhorrent. “In England, there’s a thing called the Race Relations Act, which means that is actually illegal to make racist remarks,” he says. When he lived in the U.K., he thought that was reasonable — why allow racists to promote hate? Since moving to the U.S. two decades ago, he’s thought a lot about “where you set the limit, because different democracies set that limit in different places. There are countries in Europe where Holocaust denial is a crime. And I really began to come around to this much broader definition, which is the American definition. Because it seemed to me you don’t get rid of rotten ideas by forbidding their expression, and in some ways you make them more powerful because you give them the power of taboo.”

He’s concerned that young Americans today seem too censorious, too willing to give up their freedom of speech in order to avoid offense. The Golden House tackles this issue while flirting with giving offense by depicting a character with autism and another who might be transgender. Covering these sensitive topics made Rushdie nervous at first. “There are so many elephant traps, so many landmines you can step on and then your foot’s blown off,” he says. But he felt confident that he could do them justice. Besides doing research, he says he has autistic and transgender friends, and he spent several weeks with the transgender hijra community in Mumbai working on a project about AIDS for the Gates Foundation.

Rushdie worries that his own reputation as a partier attached to beautiful women (including his most recent ex-wife, Padma Lakshmi) interferes with his critical reception. “I don’t feel like that person. Most of a writer’s life is spent quietly struggling with words on a page. That’s the person that I think I am. I’m not nearly as sociable as the tabloids make out. Actually I don’t like big parties — I like having dinner with two friends. It would be very nice for the books to be the focus and not all this other garbage.”

“I’m just glad that the books go on,” he says. “If you’re writing this kind of book rather than conventional bestseller fiction, you’re not writing necessarily for immediate gratification. You’re writing in the hope that the books will stick around. And the fact that some of these books are now quite old and that people feel that they still have something to say, I feel great about that. Martin Amis, who’s my pal, had this great phrase where he said, ‘What you hope to leave behind is a shelf of books. From here to here, it’s me.’ And now there’s 18 of them. So that’s beginning to be a shelf.” 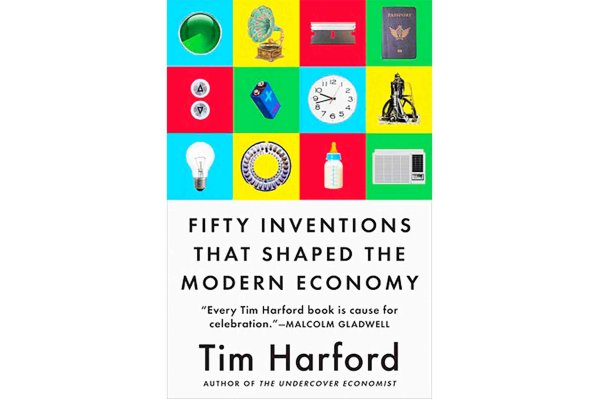