Read TIME's Original 1957 Review of On the Road

A picture taken on May 13, 2012 shows a detail of the 120-foot (36-metres) long original scroll of Jack Kerouac's "On the Road," on display in Paris.
Bertrand Langlois—AFP/Getty Images
By Lily Rothman

When Jack Kerouac’s On the Road was released on Sept. 5, 1957 — 60 years ago this Tuesday — the first impression of TIME’s critic was that the book was “partly an ingenuous travel book, partly a collection of journalistic jottings about adventures that are known to everyone who has ever hitchhiked more than a hundred miles in the U.S.” And yet, even with that somewhat dubious characterization, it was clear that the work had something noteworthy within it.

Kerouac, working out of his mother’s house in Orlando, Fla., had finally put a literary face on the “beat generation,” a world with which the 35-year-old author was intimately familiar. “With his barbaric yawp of a book, Kerouac commands attention as a kind of literary James Dean,” the reviewer noted.

As TIME’s then explained, the plot was an opportunity for Kerouac to expound upon a new set of moral guidelines for young Americans:

It was Kerouac’s ability to “create a rationale” for what seemed to many Americans to be a senseless streak of rebellion among the nation’s youth that allowed On the Road to strike a chord even with readers who were not themselves attracted to the beat movement. That’s also part of the reason why, 60 years later, the book remains an iconic moment in American literature — even despite the later revelation that Kerouac himself did not drive. 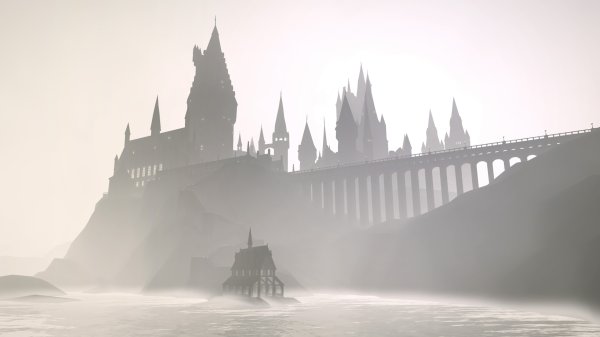 Explore the Hogwarts Grounds With This Magical New Harry Potter Interactive
Next Up: Editor's Pick