Taylor Swift acknowledged her critics head on in her new “Look what You Made Me Do” music video, which premiered during Sunday’s MTV Video Music Awards.

The lush video is packed with references to the pop star’s relationships — like her long-running feud with Katy Perry — which have been routinely scrutinized during her years in the spotlight.

One of symbols she works into the story likely references her summer 2016 flame, Tom Hiddleston. Her battalion of dancers turn up in “I heart TS” crop tops. People who have been paying attention to the plot noticed it right away as Tom Hiddleston’s uniform from her 2016 Fourth of July bash.

It was a t-shirt emblazoned with a love declaration so widely covered that even Robert Downey Jr. teased his Marvel co-star about it.

The internet did not miss a beat.

Swift is selling the tops on her official website. 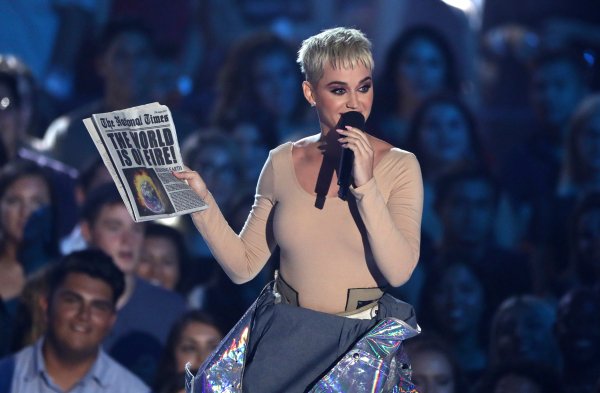 The Best and Worst Moments From the 2017 MTV VMAs
Next Up: Editor's Pick