How Princess Diana Changed Lives by Discussing Her Mental Health

Diana, Princess of Wales, at the Royal Brompton Hospital where she visited Cystic Fibrosis patients. 31/8/97 The Princess was killed in a car crash in Paris along with her friend, Dodi Al Fayed, and the driver of their car. (Photo by Neil Munns - PA Images/PA Images via Getty Images)
Neil Munns - PA Images—PA Images via Getty Images
By Jane Mendle

A very specific image of Princess Diana comes to mind as we recognize the 20th anniversary of her death. We remember her as the “people’s princess” — from her jewel-studded wedding to her petrified final minutes in a Parisian tunnel. She walked through fields of landmines, embraced an AIDS patient, introduced us to the vicious tenacity of the tabloid press and embodied the most glorious aspects of 1980s fashion.

But what is often forgotten is that Diana was also a paradox: under the magnificently poised image she presented to the world, she struggled with bulimia, self-injury and lingering feelings of worthlessness.

In the early 1990s, toward the end of her marriage, Diana gave a series of interviews to promising to share “her true story.” In 1992, Andrew Morton published Diana: Her True Story (based on secret recordings Diana had an intermediary make for the author), which revealed that the princess was living with the eating disorder. In an 1995 interview with BBC, she described bulimia as a “symptom of what was going on in my marriage.”

Diana’s candid self-disclosures in these interviews may be her most powerful and unrecognized legacy. Her honesty helped chip away at the stigma surrounding mental health and encouraged others to get help. It is not an exaggeration to say that thousands of people changed their lives because Diana talked about hers.

Today, nearly one in six adults in the U.K. and one in five adults in the U.S. live with a mental illness. Millions in the U.K. and the U.S. currently have an eating disorder, which is often accompanied by depression or an anxiety disorder. But only a relatively small percentage of people will actually seek treatment. One of the biggest barriers is not access to help, but rather fear, shame and embarrassment. While a number of celebrities, including Demi Lovato and Catherine Zeta-Jones, have spoken out about living with mental illness in recent years, such frank disclosures were far less typical when Diana first opened up about her life experiences.

Even more unexpected was the clarity, honesty and depth with which Diana described her bulimia. “That’s like a secret disease,” she told the BBC in that 1995 interview. “You inflict it upon yourself because your self-esteem is at a low ebb, and you don’t think you’re worthy or valuable. You fill your stomach up four or five times a day — some do it more — and it gives you a feeling of comfort.”

“It’s like having a pair of arms around you,” she added, “but it’s temporarily, temporary.”

She said that she often came home from her official engagements “feeling pretty empty” and that she felt immense pressure to keep her marriage together despite the couple’s well-documented problems. “I was crying out for help, but giving the wrong signals, and people were using my bulimia as a coat on a hanger: they decided that was the problem — Diana was unstable,” she said.

For people who don’t understand why someone would feel compelled to binge and purge, Diana’s shockingly vulnerable explanations provided a simple answer. Binging, she said, functioned as a release valve for pressures and problems that seemed otherwise insurmountable. The stigma surrounding mental health can often be exacerbated by a lack of knowledge, and Diana’s candid interview allowed others to empathize and understand what it’s like to live with bulimia.

Diana’s disclosure had even more value for people with first-hand experience with bulimia. During the second half of the 20th century, rates of bulimia in Western, industrialized nations rose dramatically. Yet many women viewed bulimia as a private and deeply humiliating experience that should be kept hidden.

Remarkably, in the years during which Diana spoke publicly about her bulimia, rates of women seeking treatment for bulimia in Great Britain more than doubled. The press dubbed this phenomenon the “Diana effect.” Mental health practitioners credited this shift to greater public awareness and dialogue about bulimia, as well as women identifying with Diana. If a princess could be bulimic, so could they. If she could explain why she hurt herself, they could recognize that side of themselves too. If she could overcome her eating disorder, they could too.

Self-disclosures, particularly of people in positions of power or visibility, can change how other people approach their own psychological health. Researchers have found that knowing someone else with a mental illness can encourage others to get help. “It is notable that the Princess’s death in 1997 coincided with the beginning of the decline in bulimia incidence,” researchers wrote in a 2005 study published in the British Journal of Psychiatry on time trends in eating disorder incidences. “Identification with a public figure’s struggle with bulimia might have temporarily decreased the shame associated with the illness, and encouraged women to seek help for the first time.”

Unfortunately, after Diana’s death in 1997, those rates slowly returned to baseline. By 2000, the “Diana effect” had vanished. Currently, in the United States, we are in the throes of a new mental health crisis. A study published in Pediatrics last year found that between 2005 and 2014, there was a 37% increase in the number of individuals aged 12-20 reporting a major depressive episode. But there hasn’t been a corresponding rise in treatment rates.

Hopefully, the 20th anniversary of Diana’s death will reignite conversations about why it’s so important to speak openly about mental health and encourage others to seek help. Her sons have already taken up that task. Earlier this year, Prince Harry spoke frankly about seeking counseling to address his grief over his mother’s death. Meanwhile, Prince William appeared in a documentary about anorexia, where he discussed his mother’s experience with bulimia.

“We need to normalize the conversation about mental health,” Prince William said in the documentary. “We need to be matter-of-fact about it, and not hide it in the dark where it festers.”

Diana did not set out to be a mental health advocate. She simply told her truth and her narrative resonated. These days, we could use more truth-tellers like her.

Jane Mendle is a clinical psychologist and associate professor at Cornell University. She is a Public Voices Fellow with the OpEd Project. 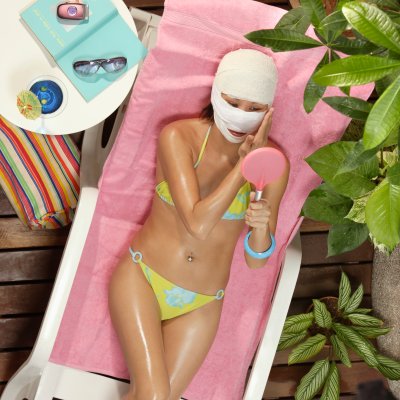 Most Instagram Ads for Plastic Surgery Aren't From Qualified Doctors
Next Up: Editor's Pick