The Meaning Behind Jon Snow's Real Name in Game of Thrones

Following the long-awaited confirmation that Jon Snow is the trueborn son of Rhaegar Targaryen and Lyanna Stark, the season seven finale of Game of Thrones also revealed the real name of the King in the North.

“His name is Aegon Targaryen,” Lyanna told her brother Ned during a continuation of the flashback sequence in which Bran witnessed Jon’s birth at the Tower of Joy. “You have to protect him. Promise me, Ned.”

The name Aegon certainly isn’t unique on the Targaryen family tree, with the history behind it stretching back 300 years to Aegon I Targaryen’s conquest of Westeros. Also known as Aegon the Conqueror, Aegon I became the first king to sit on the Iron Throne after unifying the Seven Kingdoms under his rule.

But the choice also had more immediate significance for Jon’s parents, as it was the name of Rhaegar’s only son with his first wife, Elia Martell, as well. Shortly before Jon’s birth, that Aegon was murdered alongside his mother and sister by Gregor “The Mountain” Clegane during the Sack of King’s Landing. This occurred near the end or Robert’s Rebellion after Rhaeger himself had been killed at the Battle of the Trident.

To refresh your memory, Rhaegar was the eldest son of Aerys II “The Mad King” Targaryen who was killed by Robert Baratheon for allegedly kidnapping and raping Lyanna — who had been betrothed to Robert. However, the two were actually in love and had run off to be together. Rhaegar even had his marriage to Elia annulled in order to wed Lyanna. “Robert’s Rebellion was built on a lie,” Bran explained to Sam. “Rhaegar didn’t kidnap my aunt or rape her. He loved her. And she loved him.”

And as the legitimate son of the Mad King’s heir, Jon has a stronger claim to the Iron Throne than the younger sister of Rhaegar, Daenerys. “He’s never been a bastard,” Bran told Sam. “He’s the heir to the Iron Throne.” 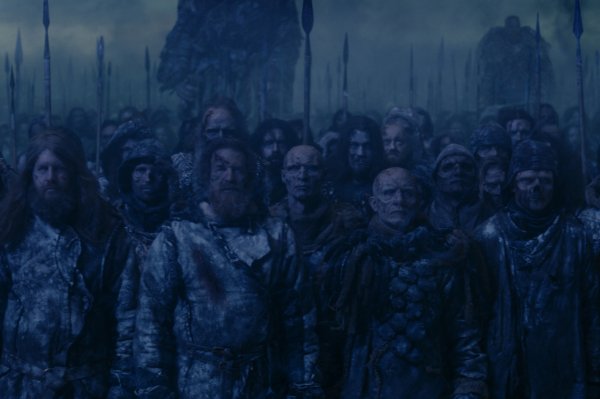 It's Not Just 'Game of Thrones.' Winter Has Always Made a Difference in War
Next Up: Editor's Pick