The actor and 30 Seconds to Mars singer arrived with his band wearing a blue and green sequin Gucci cape over a high collar shirt patterned with flowers. People online went nuts for Leto’s enchanting look, comparing him to a magician:

He promised the band’s performance later in the evening would employ some never-before seen “new technology,” but demurred when asked to explain exactly what that might mean. 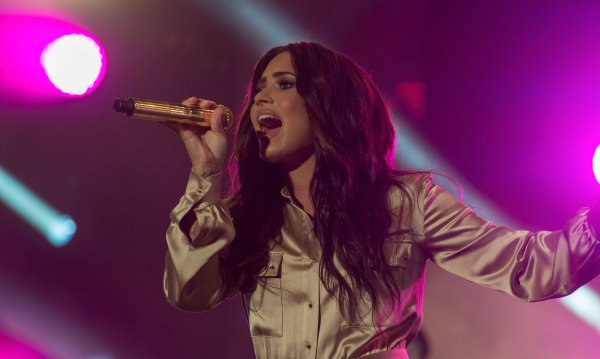