Some people spent years preparing to view the Aug. 21 solar eclipse in the United States.

“We were sort of late to the party,” Wilkes told Time in an interview at the International Photo Festival in Olten on Saturday.

With hotels, rental cars and flights all but sold out, Wilkes decided to fly to Salt Lake City where he and his assistant got one of the last rental cars and found a last-minute Airbnb opening.

“A lot of things karmically came together for us to even get there,” Wilkes said.

After seeing a piece on CBS Sunday morning, Wilkes knew the eclipse was something he had to see, especially given his photographic series called “Day to Night.”

“I have spent the last 9 years of my life compressing time in a photograph. When I realized I could watch this in real time — watching day turn into night — this thought of it made me crazy. I knew I had to see it with my own eyes.”

Wilkes’ photographs from iconic locations have been exhibited around the world and published previously by TIME. His method involves photographing from one location over the course of 12 to 36 hours. He then, based on time, picks the best moments of the day and night, blending them seamlessly into one photograph.

He decided early on that he wanted to get a view of the Grand Tetons near the Idaho Border. After a day of scouting for the perfect location, he found the Grand Targhee Resort located in Alta, Wyo.

The resort opened the mountain to the public, selling 500 tickets to the top of the mountain, mostly to locals who lived and worked in the area and bought tickets weeks in advance, according to Wilkes.

“We quickly discovered that one of the most unique parts of the view was being able to see both the Tetons and the Teton valley to the west below,” he said.

Having worked with 360° video over the past year on other projects, he brought along a compact self-stitching camera which produced the results you see here.

“It gives the viewer an experience of an event that you can’t replicate. As wonderful as still photographs are of the moon crossing the sun, when you see it in 360° video you actually get to experience the event of totality as if you are standing there,” he said.

“Seeing the eclipse in totality was an extraordinary visual experience; watching the shadow of the moon as it traveled across the valley from the West was spellbinding. The low midday clouds suddenly turned the color of sunset peach, day turned to night, and a cold evening chill enveloped us. It was as if our entire concept of time had become compressed; “real time” felt like hyper time lapse.”

Wilkes’ latest work from his “Day to Night” series will be shown at the Bryce Wolkowitz Gallery in New York opening Sept. 14 and running through Nov. 11. 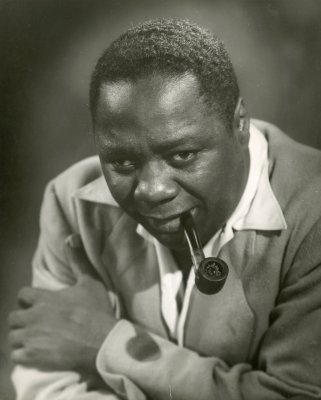 See Celebrity Portraits by the Woman Who Inspired Bill Cunningham and Andy Warhol
Next Up: Editor's Pick